Giants of alcohol invest in cannabis

belgium October 15, 2018 belgium, Business Comments Off on Giants of alcohol invest in cannabis 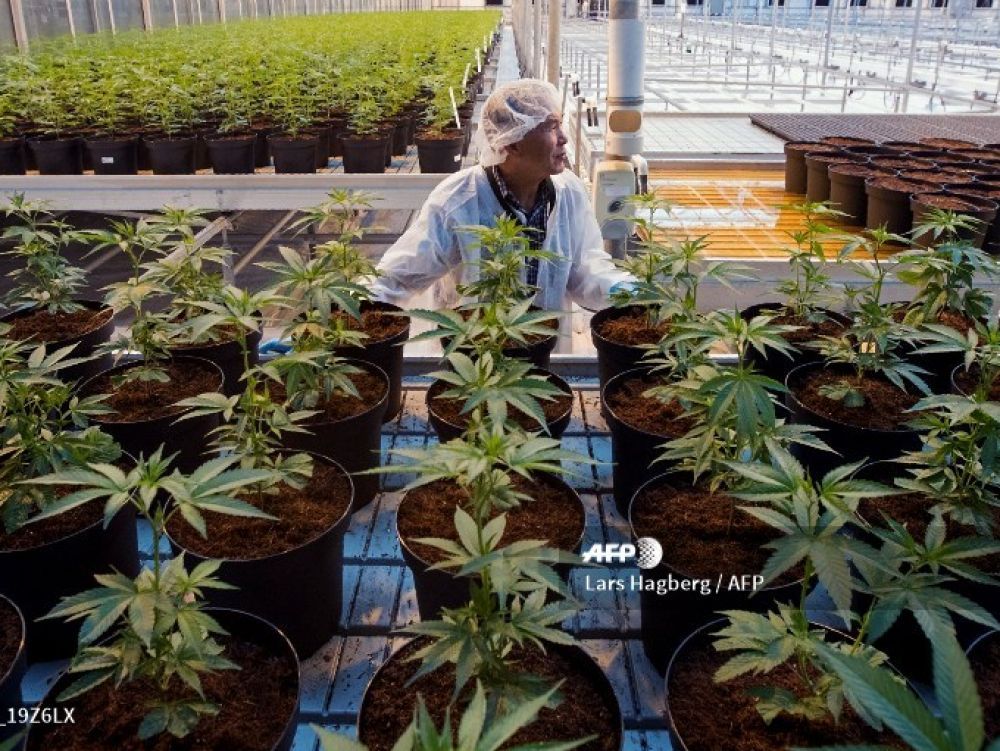 Out of fear of seeing young people missing beer and cocktails for marijuana joints or drinks or just enjoying a promising market, cannabis has become a continent to explore for the giants of alcohol. Some have made the leap, such as Constellation Brands, the parent company of Corona beers and Svedka Vodka, which has invested more than $ 4 billion in Canopy Growth, a Canadian company in soft drugs.

The cannabis sector is "possibly one of the most important growth opportunities of the next decade", stated his CEO, Robert Sands, in early October, it is expected that the market will reach $ 200 billion within fifteen years and"opens much faster than expected"After Uruguay, Canada will become the second country in the world to allow recreational use of cannabis in the United States on Wednesday, October 17, 2018, if the recreational and / or therapeutic use of marijuana remains. It is illegal at the federal level, and is allowed In many states, and outside the traditional grass joints and brownies, hashish enthusiasts become more and more creative, and smoking cannabis remains the most common, but it can also be sprayed, eaten as candy or ice cream, applied in cream or drink .

Marketing suspended from the legislation

Diageo, the world's leading beverage company with Smirnoff vodka and Johnny Walker whiskey, is reportedly in talks with Canadian cannabis producers. Contacted by AFP, the company only indicated that it monitored the sector "with attentionBrewer Molson Coors announced this summer the establishment of a joint venture with the Canadian group The Hydropothecary Corporation (THC, the active ingredient in cannabis), while others are still hesitant Pernod Ricard, CEO Alexandre Ricard explained in late August in an interview with Le Monde that his group looked "closely" at this market and above all tried to understand whether the legalization of cannabis could lead to a possible "cannibalization" of the consumption of high-end spirits. experience for the moment gives contrasting results.

A study conducted by researchers at the universities of Connecticut and Georgia noted 12.4% less alcohol sales in US provinces where therapeutic cannabis was permitted. But other observers, including the federation of professional minds in the United States, say that sales have not been affected. "It is too early to draw a conclusion in one way or another"According to Keith Villa, a brewer in Colorado, the maker of the Blue Moon, one of the great successes of the decade, he is preparing, in specialized pharmacies in his state, a non-alcoholic beer with THC on the market. the psychoactive substance that makes you float. "As with a normal beer, THC produces a sensation of stimulation, without the eventual difficult aftermath"he says.

The taste of marijuana without the effect of euphoria

Although it is technically possible to mix alcohol and cannabis, he has not taken that route. It is illegal in the United States and "reactions due to alcohol and cannabis may deteriorate in combinationIt is already possible to drink beer soaked with hemp that contains cannabidiol (CBD), a non-psychoactive principle that brings the taste of marijuana without the effect of euphoria. Other non-alcoholic drinks are infused with THC.

The Dutch brewery Heineken, under the brand name Lagunitas, has been bringing Hi-Fi Hops, a special sparkling water that contains the suspended component, to retail stores in California since July. The largest distributor of wines and spirits in North America, Southern Glazer, has established a subsidiary dedicated to the distribution of cannabis in Canada. The soft drinkers, who suffer from a lack of interest in the sweetest drinks, have recently also shown interest in the sector. Coca-Cola is considering "well-being" drinks in the CBD, while Pepsico "looks" seriously on the subject.

The analysts at Canaccord Genuity predict that the sale of THC or CBD-infused beverages is expected to amount to $ 600 million by 2022. Brewers are more interested, they say, to look at this market than the growth of craft beers. has arranged. The professional federation of spirits does not want to take a position on the legalization of cannabis. She argues for marijuana legislation that is as solid as for alcohol in terms of taxation, legal age or driving restrictions.