VIDEO. The filmmaker Marceline Loridan-Ivens, comrade of deportation of Simone Veil, has passed away 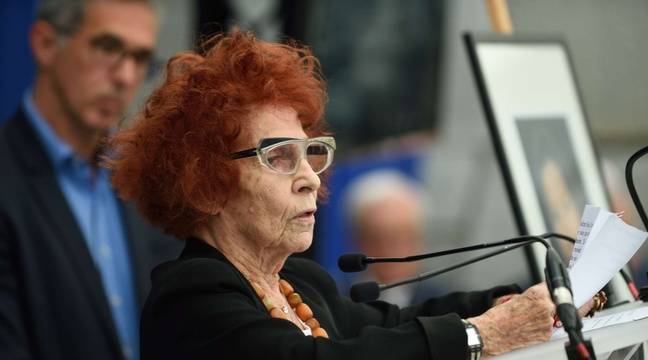 Filmmaker Marceline Loridan-Ivens, Simone Veil's comradeship in the Auschwitz-Birkenau camp during the Second World War, died in Paris at the age of 90 and announced Jean Veil, son of the former minister.

"She was a deportation mate of mommy, this episode of their life was so difficult to make them inflexible friends," said Me Veil, whose mother, who died in 2017, recently entered the Hall of Fame.

"Marceline was someone who had exceptional vitality, both of whom had relationships almost connected.My brother and I were very close to her, her presence was important to us," continued, moved, the lawyer, confirmed information from France Inter and the world.

"This woman had known the horror, it was perhaps one of the last survivors of the camps, who had lived and could convey the ineffable of this period," said Minister of Culture Françoise Nyssen. "I remember being very impressed with the entrance to the Pantheon of her friend Simone Veil, she was straight, beautiful, she was a great lady, a cinematic voice, a writer and a friend," she added. .

"Marceline Loridan-Ivens, a lesson in life, to think and to perpetuate," Twitter commented on the government spokesman, Benjamin Griveaux.

Marceline Loridan-Ivens, a lesson in life, thinking and perpetuating. pic.twitter.com/aWOWlcprwW

"A great lady has just left us", wrote the Foundation for the Memory of the Holocaust on Twitter.

A great lady has just left us. https://t.co/y189sQtaQM

For the mayor of Paris Anne Hidalgo, Marceline Loridan-Ivens was "an inspiring woman": "her work, her character and her humor have always aroused my admiration," she tweeted.

Very sad to hear the death of Marceline Loridan-Ivens. His work, his strong character and his humor have always aroused my admiration. I will never forget our encounters @Shoah_Memorial and our exciting discussions. An inspiring woman. https://t.co/sVorPRVzez

Marceline Loridan, a filmmaker but also a producer and writer, has spent her life denouncing injustice and violence, which was destroyed by her deportation at the age of 15 in Auschwitz-Birkenau. Devoted to the resistance, his family first fled to Vichy and then bought a house in Bollène in the Vaucluse. There she will be arrested by the Gestapo in February 1944 with her father. They will be handed over to Drancy and deported to Auschwitz-Birkenau on 13 April 1944. She will meet Simone Veil there.

Marceline is one of the deportees who will be evacuated by the Nazis, at the approach of the Red Army, to the camp Bergen-Belsen and then to Theresienstadt, near Prague. It is there, on 10 May 1945, two days after the German surrender, that she will see the first Russian soldier approaching the camp on a motorcycle with a red flag.

After the war she visited the Cinémathèque, typed manuscripts for Roland Barthes, met Edgar Morin, who trained him in filming a film in 1961 with Jean Rouch, Chronicle of a summer. It is through this film that she enters the world of cinema where she will be known, including documentaries about Vietnam or China Mao with her second husband, the Dutch filmmaker Joris Ivens.