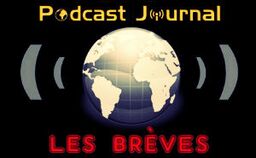 Italian scientists from the University of Catania have discovered one of the oldest cheeses in the world by studying objects in a tomb in the Saqqara region. It was that of Ptahmes, the oldest Egyptian leader of the nineteenth dynasty, in the thirteenth century BC, and the former mayor of the city of Memphis. This funeral was first discovered in 1885 and then forgotten until the rediscovery in 2010 by the University of Cairo. Saqqarah is a necropolis that is so large that even if it is constantly being searched by archaeologists, it has not yet revealed all its secrets. In 2010 archaeologists found pots during excavation of this grave, one of which contained a whitish substance. They had failed to identify this mysterious product. Recently, scientists at the University of Catania conducted a new analysis of objects found in the vault. Their study published in the journal Analytical Chemistry made it possible to know what the food was from the pot. It would be a 3200-year-old piece of cheese, a mixture of goat's milk, sheep's milk and cow's milk. The ancient Egyptians believed in a life after death, they brought in buried objects that could be useful to the deceased.

In addition, laboratory tests have shown the presence of brucella melitensis, a bacterium that could cause "Mediterranean fever", also known as brucellosis or even Maltese fever, which can be fatal in humans.