Alcohol is associated worldwide with 2.8 million deaths per year 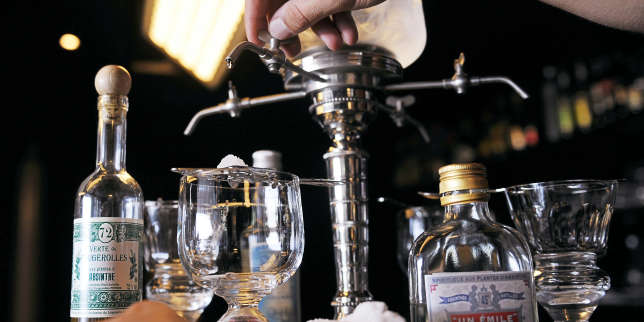 Analysis of international data confirms that there is no safe drinking and shows that this is the main cause of death for people aged 15-49 years.

The health risks of alcohol are moderate for consumption equal to 20 to 30 centilitres of wine or a can of beer of 37.5 cl per day, but increase significantly for higher levels. high. This concept receives confirmation of the weight with the publication, Friday 24 August The Lancet an article of the International Collaborative Network on Global Burden of Disease, Global Burden of Disease. This extensive analysis of several hundred studies shows that alcohol is associated with 2.8 million deaths each year worldwide – a figure that is probably below reality, the authors say.

The authors analyzed nearly 700 studies worldwide on the frequency of alcohol use between 1990 and 2016. It shows that one in three (32.5%) in the world drinks alcohol, 2.4 billion people (a quarter of women and 39% of the men). On average, women consume 0.73 alcoholic drinks daily and drink 1.7 drinks.

The largest number of drinkers is Danish (95.3% of women and 97.1% of men), with France as sixth for men (with a percentage of 93.1%) and eighth for women. women (86.9%). "The consumer rate is highest in Western countries and especially in Europe, the most important market for alcoholic beverages"notes Professor Michel Reynaud, chairman of the Equity Addictions Fund.

While alcohol was the seventh risk factor for premature death and disability in the world's population in 2016, it is first for people aged 15-49 years. Among them, it is mainly associated with tuberculosis, traffic accidents and self-injury, and 3.8% of female deaths and 12.2% of male deaths are due to it.

No benefits to moderate alcohol consumption

In the 50 years and older, alcohol is usually related to cancer. It is involved in 27.1% of female deaths and 18.9% of male deaths. For this population, in countries with a high income, cancers are the most common pathology associated with alcohol, whereas in low-income countries this is dominated by tuberculosis, followed by cirrhosis and other chronic liver diseases. In middle-income countries, stroke is the most common alcohol-related disease.

Although the authors "Found some protective effects against myocardial infarction and diabetes in women, these effects are compensated when taking into account the general health risks". A finding that undermines the argument of the benefits of moderate alcohol consumption. "The curves presented in the study show that with six glasses of alcohol a day, the relative risk for all health problems increases by 50% and doubles with nine glasses.says Michel Reynaud. Alcoholics make their profits with heavy drinkers. In France, 50% of the alcohol sold is consumed by 8% of the French. "

Alcohol consumption is currently lower in the less developed countries, pay attention to the authors, for whom it is now important to take concrete measures to "Prevent the possible increase in alcohol consumption in the future". Mr Reynaud recalls the strategy of the tobacco industry, which has moved its new markets to developing countries.


Prevention: the "cynicism of the alcohol lobby"