Elephants can be resistant to cancer with a "zombie gene" 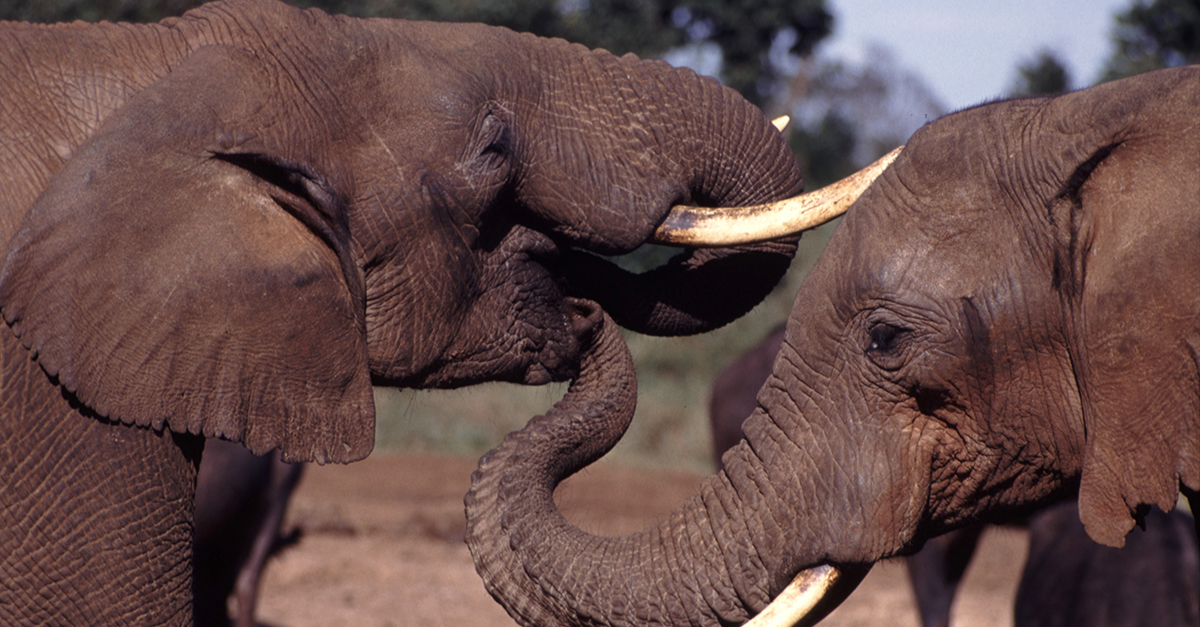 Researchers have discovered an amazing genetic mechanism that would enable elephants to cope with cancer. Awakened by the action of a protein, a "zombie" gene called LIF6 cancer cells would lead to death.

If there is an enemy who is not afraid of elephants, then it is cancer! Endangered by climate change, the destruction of their habitat, or poachers – fanatical ivory of their defense – the pachyderms have nothing to fear from tumors … And with good reason: they would, according to a published study this week in the magazine Cell reports by researchers at the University of Chicago in the United States, a great "zombie gene" capable of combating any cancer cell.

As distant cousins ​​of the colossus, elephants have inherited their proverbial size from them. A morphological characteristic that makes them potential victims of the choice of tumors, originating from cell division in genetic mutations. The unprecedented amount of cells needed for the formation of their organism could therefore raise anxiety for a tenfold increase in tumor proliferation in elephants.

It was without counting on a unique genetic trait that they enjoy. By testing the response of their cells to damage of their DNA, scientists at the University of Chicago have observed a mechanism for the least amazing. Elephants are found in a protein called "p53" that is already known for the detection of tumors in mammals.

But this protein not only detects cells whose DNA is damaged, it also activates other genes. Among them, a "zombie" gene called LIF6, which in turn leads to the production of an eponymous protein. A molecule that can then sign the death penalty of cancer cells.

To achieve this, LIF6 proteins creep up to the energy production centers of cells: the mitochondria. They open small pores, which then cause the release of toxic substances in these cell organelles. Real poisons that inevitably cause the death of the cancer cell.

To adequately confirm this stunning biological mechanism, the researchers voluntarily damaged the DNA of the elephant cells, while they have previously removed the LIF6 gene that they normally only benefit. In this case, the damaged cells evolve like any other animal and eventually become malignant.

A gene that has been reactivated during evolution

Yet the amazing discoveries do not stop there. The researchers also discovered that LIF6 presents a strange story. All mammals have a similar gene, simply called LIF. A gene that exists in a single specimen in most mammals, including humans. The thick skins and some of their cousins, on the other hand, have several: ten among elephants.

The specialists believe that these specimens were published some 80 million years ago at the mercy of several mutations that occurred in the ancestors of elephants. Mutations that were not unimportant because they had not made all these genes able to produce their protein. Except for one, LIF6, which seems to be evolving, is again able to be activated by p53 or not.

It is unclear why and how this gene "comes back to life", but the phenomenon could have a link with the evolution of the other gene, the famous p53, and took place in the ancestors of mammoths and mastodons, who also carry it LIF6 gene. Whatever the case, the latter would play a key role in the resistance of elephants to cancer. Especially because LIF6 may not be the only gene that responds to activation of p53 to combat cells with impaired DNA.

"An important piece of the puzzle"

The discovery of this anti-cancer effect of elephants is a major advance in understanding the development of tumors, according to Dr. Joshua D. Schiffman, pediatric oncologist at the Huntsman Cancer Institute of the University of Utah, USA, who does not work participated but also studied elephant cancer: "This adds an important piece to the puzzle. As a starting point, I think it's great. "

Thus, highlighting the extraordinary anti-cancer genetic strategy of the elephant would one day enable the development of innovative treatments against human tumors. "This can teach us something fundamental about cancer as a process. And if we are lucky, it can tell us something about how we can treat the disease in humans", Says the lead author of the work, Vincent Lynch, a researcher at the human genetics department at the University of Chicago.

And to continue: "Maybe we can find ways to develop medicines that affect the behavior of the [gène] LIF6 of the elephant ". Already helpless in the face of elephants, cancer can soon also be disarmed in people!