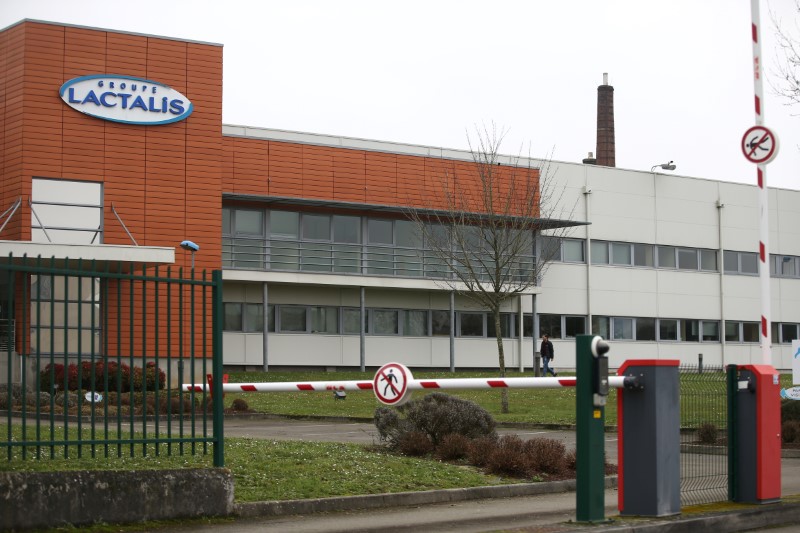 "There are now conditions fulfilled to enable marketing," the ministry said in a statement.

"However, the activity of the site remains strictly controlled by the prefect of Mayenne," he continues. "Regular and unannounced inspections of the company are also planned."

According to the Institut Pasteur, this infection with Salmonella involved 204 babies between 2005 and 2017.

The production of the Craon site was stopped on 8 December 2017 and the products were recalled.

The non-governmental organization Foodwatch has denounced a resumption of commercialization "rushed and unacceptable".

"We have no guarantee that the many dysfunctions in the Lactalis case, which go far beyond the health aspects, will not happen again," adds director Karine Jacquemart.

The CEO of Lactalis, the world's leading dairy company, Emmanuel Besnier, referred to an "accident" for a parliamentary inquiry committee in June and denied any "responsibility within the factory".

The court opened a preliminary investigation on 22 December.

The Lactalis Families Association for Victims (AFVLCS) lodged a complaint at the end of August for hiding evidence after disclosures about theft at the Directorate-General for Competition, Consumption and Fraud Prevention (DGCCRF) of a computer containing documents relating to this infection.

The DGCCRF had ensured that no document resulting from the criminal investigation in which it participated had been stolen.