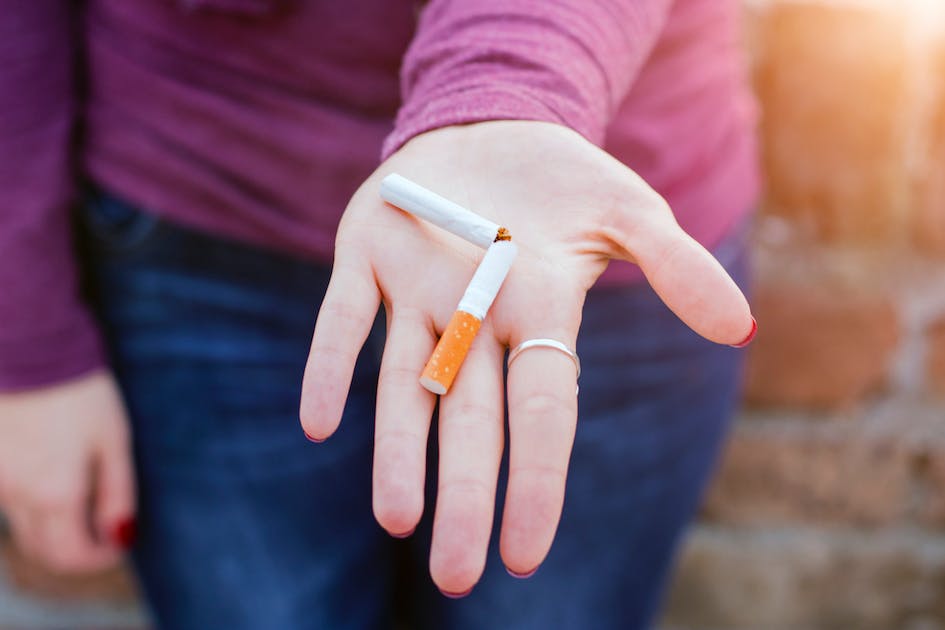 Former smokers are more likely to have a higher risk of diabetes a few years after weaning, warns US researchers. But they specify that their health will still be improved with less risk of cardiovascular disease, the most important thing is to focus on a healthy lifestyle.

Many people want to stop are afraid to take a few pounds in the process. Some do not grow, others grow only one or two kilos and others much more. "But nothing is unavoidable here, especially if you rebalance your diet and if you practice physical activity." Tobacco Info Service says about it. Before and after stopping smoking it is even more important to prepare yourself for researchers of the Harvard T. Chan School of Public Health to warn of a temporary increase in the risk of developing. type 2 diabetes, the risk is directly proportional to the weight gain in question.

"We know that smokers are at high risk develop diabetes in the first few years after stopping, which may prevent smokers from quitting. Declares Qi Sun, who led the study. "But our work shows that it is the change in weight after stopping that determines the risk of diabetes who stop smoking reduce their weight gain, their risk of diabetes will not increase and will be reduced in the long term. Although a number of previous studies have already revealed this possible association, they have not been able to clearly identify the degree of risk.

The risk of diabetes decreases after a few years

In this new study, researchers examined data from 171,150 men and women who participated in three different study cohorts for nearly 19 years. For each of them, participants completed questionnaires about their health and lifestyle every two years. Then they identified the people who have stopped and investigated the association between their weight gain and their risk of developing type 2 diabetes, as well as the influence of weight gain on the risk of death from cardiovascular disease. The results showed that compared with current smokers, ex-smokers was 22% more likely to develop type 2 diabetes on average.

This risk has reached a peak of five to seven years after quitting smoking, but gradually decreased. The more the participants took the weight, the more this association increased, but conversely, those who did not get fat were not concerned. Moreover, the researchers found that smoking cessation after a few years was associated with a steady reduction in the risk of diabetes. For people who have not been smoking for 30 years, this risk is comparable to that of people who have never smoked. The study also showed that even in people who had taken more than 10 kg, the risk of premature death decreased for cardiovascular disease reduced by at least 50%.

Regardless of the weight gain, people who quit smoking have at least more benefits important for health, in the first place a lower risk of cardiovascular disease and cancer. "Smokers should not be deterred by potential weight gain because the short and long-term reduction in the risk of cardiovascular disease is clear.", Say the researchers before they decide. "But they can consider following a healthy diet and being involved with it regular exercise to minimize their weight gain to keep their diabetes risk at bay and maximize health benefits. "

A statement that also shared the French Federation of Cardiology: one year after the last cigarette, the risk of a stroke is equal to from a person who has never smoked and five years later the risk of lung cancer is almost halved.Finally, a smoker who stops between 35 and 44 years has a life expectancy equal to that of non-smokers. In order to prevent weight gain at the time of stopping, the Tobacco info service specifically advises to make it clear on his diet Get advice from a health professional who will help to find out what can be improved in their diet.