A hunter killed as a result of an accidental fire 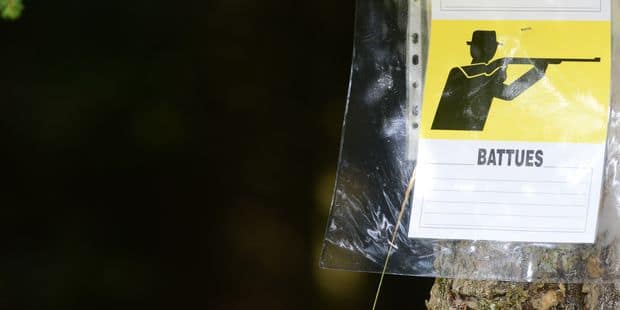 . This Wednesday 15 August was synonymous with the opening of hunting whales in Belgium.

For the occasion, the owner of a large piece of land at a farm located on the Drève des Rabecques in Bizet, in the entity of Comines-Warneton, invited about twenty hunters from all over the country. Belgium to practice their passion on the land.

Around 15 h 30 the group split and divided into three different sectors. Some of the hunters then took a path of one meter wide along a rose garden, near a pond. The various hunters, whose weapons were closed and loaded, then arranged themselves in line and remained at a distance of several meters from each other.

"The hunters then stood or stood on a tripod" details Frédéric Bariseau, first deputy public prosecutor of the Tournai division in the judicial district of Mons-Tournai. "One of them lost his balance and when he fell, he operated his weapon and then hit his neighbor on the left flank."

A GP was then present at the hunters. He was able to provide first aid to the victim in anticipation of the arrival of assistance from Armentières, France.

Unfortunately, Samu did nothing to bring the hunter back to life

The victim is a 65-year-old man from Éghezée, in the province of Namur. The procedure is in the information phase, but we are still talking about manslaughter.

"The men of the judicial police went on the spot as a forensic doctor who carried out an external investigation." Ballistic experts from the National Institute for Forensic Science and Criminology also went on site It is clear that the theory of the accident is most plausible. "

Everything will be analyzed to ensure that there is no lack of foresight or precaution on the part of the shooter, even the organization.

Meanwhile, the weapon was seized and a toxicological test was carried out on the man at the origin of the shot.