A policeman stabbed in the park Maximilian: the aggressor is a Belgian of Egyptian descent 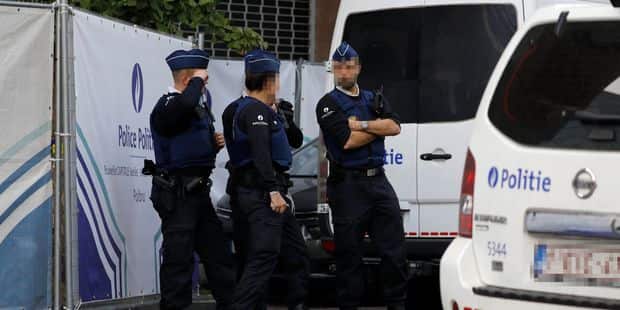 A local policeman from Brussels was attacked with a knife in the Maximilian park around 9.15 am on Monday. He was slightly injured. His attacker is a Belgian of Egyptian descent born in 1975.

Shortly after 9:00 a police patrol stopped a man on the sidewalk of the WTC tower, Chaussée d'Anvers n ° 59. The police invited him to leave the place. What he refused. The suspect pulled a knife instead.

The police repeatedly called him to lay down his weapon, without result. He stabbed the policeman who had been wounded by his head. Given the circumstances, he is only slightly injured. He was treated in the hospital.

A police colleague fired three shots at the suspect: one bullet hit him in the chest and one in his leg. He is in a critical condition, but his health would have stabilized, although he is still not audible.

The Prosecution argues that the A.E. Born in 1975, he is of Belgian nationality and of Egyptian descent. It has a reference address for the PCSWs, but is probably homeless.

No proof of a terrorist act

The suspect's motive is unknown. There is no reason to assume that the incident that occurred on Monday morning in the Maximilian park has a terrorist motivation, adds the public prosecutor's office in Brussels.

The perpetrator would not be an ordinary person on the spot

The "ultra-repressive" policies of the asylum and migration authorities led to an increase in tensions and acts of violence in Maximilian Park, noted Mehdi Kassou on Monday morning, spokesman for the Civic Platform supporting refugees. According to the first information that Mr Kassou obtained in the park, the man who attacked a policeman is no ordinary person on the scene.

He can not say whether it is the same person who abused a Sudanese citizen during a food distribution last weekend.

What Mr Kassou says is that the tension in the park and around it has recently received several notches. "In the past ten days people have been arrested at the parking lots along the motorways and brought back here when they do not know Brussels at all.On Sunday evening, the volunteers of the Support Platform were exhausted by the incessant requests from these people who are totally alien to the local context. also disappeared from the park around 9 pm.

For Mehdi Kassou, who estimates the number of these newcomers "at least 80", this way of acting is "irresponsible". He sees it as a potential political will to create more excitement in Maximilian Park.

Police officers at the federal police went down at about 11:40 to analyze the scene hidden by tarpaulins, said the Belga agency. The situation in and around the park is calm in the middle of the day. The many media that were present in the morning to gather testimonies from residents gradually left the stage.