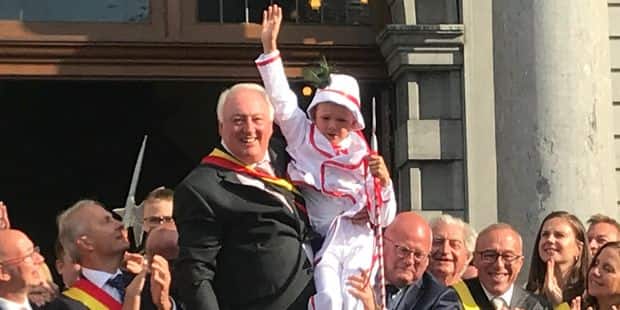 The emblematic giant of Athois folklore triumphed Saturday during the fight against the young shepherd David. This Sunday, place in the folklore procession through the whole city center.

We can not beat Goliath every time! This Saturday, late afternoon, the giant Goliath, who defeated last year, retaliated during the traditional fight against David. This year all pressure was on the shoulders of the 7.5-year-old Diego Sauvage.

For an impressive crowd gathered in front of the town hall, David failed to defeat his impressive rival. Diego had long at home trained to throw the little white ball, but the stress and fear of missing the problem finally got his nerves. The projectile came back just above the basket of the Giant.

As usual in case of failure, the spectators were not entitled to the dance of the great Gouyasse between Goliath and his beloved giant. On the edge of tears, the young shepherd was nevertheless cheered by the crowd who took his name in unison before being comforted by the mayor, Marc Duvivier.