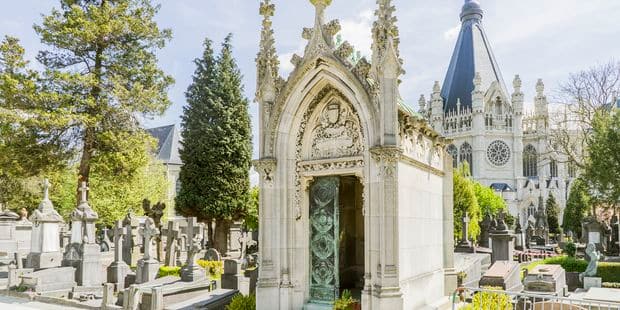 They are available to visitors at the cemeteries of Brussels and Laeken and for funeral galleries in Laeken.

Building on the success of its tours on the cemeteries of Brussels and Laeken, the City of Brussels is now launching 40 audio guides to deepen visitors who wish to explore the heritage of our funeral.

As a reminder, the City of Brussels has launched a series of projects to open its cemeteries to a broader public, led by Alain Courtois (MR), alderman in charge of Demography.
"These places are full of history and contain exceptional heritage works, often unknown because we do not make enough use of the cultural potential of our cemeteries in Belgium, so we have taken various actions to remedy, such as golf carts, heritage trails and the renovation of the Laeken galleries, these audio guides are the latest step and we hope that they will attract an ever-increasing audience ", explains Alain Courtois.

The audio guides are available free of charge at the reception of the cemeteries concerned and currently cover the three existing courses on paper, in the brochures that the City published last year, namely the cemeteries of Brussels and Laeken and the tomb galleries in Laeken. . Their content has been developed to offer a real plus for the classical visit and contains musical passages, many anecdotes, but also information about personalities based on the course.