The city of Moresnet (the country of Herve) was shocked: a man kills two women in a restaurant A man went to a restaurant in Moresnet-Chapelle to attack two women with a knife. According to the public prosecutor, three people, including the author, have died. "This act is not a terrorist and belongs to the private sphere", said the mayor of the city, Thierry Wimmer.

Several testimonies tell us, through the orange button warns us that there was a deadly aggression with a knife in the land of Herve. "A lady was stabbed in a restaurant"we are told."We are talking about a knife attack in a restaurant, there will be one dead and several wounded", says another witness, Justine."There are even helicopters", Elisa writes.

The bourgmestre speaks of a "drama"

The facts took place in Moresnet-Chapelle, in the entity of Plombières. The photos show a large deployment of police vehicles and ambulances. In a message on Twitter in the early evening, Burgmestre Thierry Wimmer confirmed: "Unfortunately, a tragedy took place on August 22, late in the afternoon in Moresnet-Chappelle, and many victims are deplored.This deed is not a terrorist and belongs to the private sphere."he says.

At 19:30 the author had already been neutralized. "It is out of place to cause damage and there is no danger to the populationThe public prosecutor said that three people, including the author, died.

A person would have attacked his ex-partner

Currently, research tasks are underway to determine the exact state of affairs.

Some witnesses mention the fact that a man entered the restaurant to stab his ex-partner and his ex-stepmother. These two people would belong to the victims. According to unconfirmed information, the couple had been separated for a year and a half and the individual made serious threats against his ex-partner. Injured persons could be with the people who were trying to intervene. 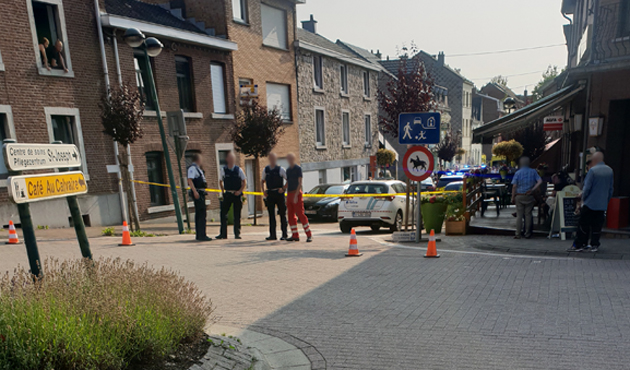