What will change on October 1: registration violations more heavily convicted 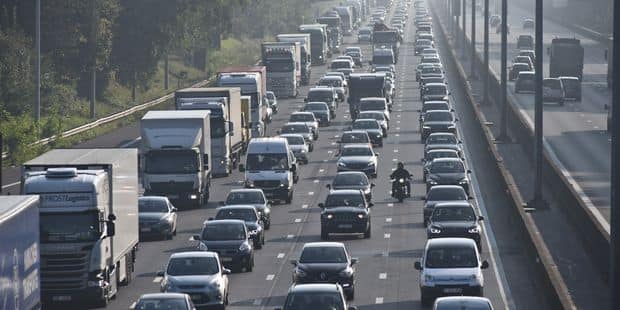 From 1 October, a series of registration violations will go from the first to the second degree.

"This is to condemn the behavior in the registration of vehicles that can prevent persecution," said Friday the FPS Mobility and Transport. "Unreadable or incorrectly placed placard, illegal number, etc." are focused. From 2010 to 2014, approximately 47,000 such violations per year were counted.

"Moreover, the most serious criminal offenses will be included by the Board of Prosecutors General in the list of crimes for which immediate collection will no longer be possible, and the perpetrators of these crimes must appear before a judge," says the SPF.

In Belgium there are four degrees of traffic violations; they determine the amount of the fines that will be imposed.

Low emission zone in Brussels: the payment of fines is now required

This was announced. After a transitional period of 9 months and the sending of warning letters, fines of € 350 will be imposed from 1 October on drivers whose vehicle is no longer standard in the context of the Low Emission Zone (LEZ) which has been operating in Brussels since the beginning of the year. is in force.

Minister of the Environment of Brussels Céline Fremault (CDH) said Friday that the ban is applied to the most polluting Euro 0 and Euro 1 diesel vehicles and, from 2019, Euro 2 and petrol Euro 0 and 1. By 2025 the ban will be extended step by step to other vehicle categories, with a view to improving the quality of the air and the health of the citizens. .

According to the State Secretary for Digital Transition, Bianca Debaets (CD & V), control is provided through a network of 184 cameras that are used by the Computer Center of the Brussels Region. By the end of 2018, about 40 additional cameras will complete the device. Brussels Mobility has placed more than 300 signs at the entrances and exits of the LEZ.

In order to enable the population to comply with this, a transitional period of 9 months is planned.

Last June, approximately 3,000 letters were sent to all Brussels owners of a vehicle that had been banned since 01/01/2018 on the basis of DIV data. A similar wave is planned in November for vehicles banned from 01/01/2019 on the basis of images of vehicles in circulation in RBC.

The purpose of this communication is also to inform that premiums exist for those who wish to change their mode of transport (www.prime-bruxellair.be), that fines are planned in October, that exceptions are offered for certain specific vehicles, those day passes can be purchased from September for a price of 35 euros per day, with a maximum of 8 days per year, per vehicle.

According to the Brussels Minister of Mobility, Pascal Smet, warnings were already sent in August 1350 to all Belgians who continued to drive in Brussels with a prohibited vehicle.