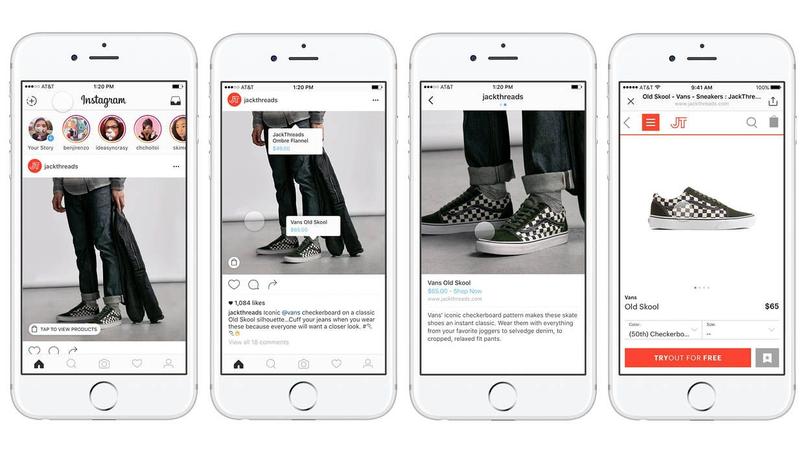 Instagram is thinking of launching its own e-commerce application: IG Shopping. A service with which the social network can extend its already extensive range and generate new profits.

After a revolution in sharing content (photos, videos, stories, …) on the internet, Instagram now wants to win in e-commerce. In any case, this suggests the establishment of IG Shopping, a new independent application that allows customers to purchase products or clothing within the Instagram ecosystem. According to the information from the specialized site The Verge, this new service would enable users to consult the latest novelties of the brands they follow on Instagram and to buy the latest products directly.

The platform, purchased by Facebook in 2012, is not his first attempt in this area. Since last March, Instagram has already tested an option to & # 39; tagged & # 39; buy products on photo & # 39; s shared by brands within the network. This shopping cart & # 39; tap has also been available directly in the stories since June, but only for a few selected brands. As a reminder, 400 million users consult these volatile video's every day that disappear after 24 hours.

With IG Shopping, Instagram wants to go further and not let the user refer to the site of a brand, as is the case with the & # 39; Tapping for shopping & # 39; currently. The ultimate goal is to guide the consumer from A to Z by keeping him on Instagram. With this new proposal, the application can generate a new source of profit at a time when the tendency of consumers to make purchases on mobile grows. In France, more than one in five purchases are made via a smartphone.

Today, four out of five Instagram users subscribe to one of the 25 million brands with an account on the social network. And by 2018 the limit of 1 billion active users per month has been exceeded. What an idea of ​​the potential of the e-commerce market on Instagram.

But the market is far from easy. Since their inception, social networks have taken a different fate than their strategy in e-commerce. For example, Facebook had taken twice before finding an interesting formula with its Marketplace. In 2012, the Californian company launched the Gifts function for the first time, allowing you to buy and send friends' gift certificates. Gifts were abandoned in 2014 due to a lack of profitability. The same destination for the "Buy button" that could buy products directly from Facebook by pressing a small assigned icon. This "buy button" was removed in the autumn of 2016, just like that tested by Twitter, finally abandoned in February 2017. Attempts were canceled mainly due to lack of visibility. An American survey conducted by Sumo Heavy in June 2016 revealed that 26% of adult consumers surveyed did not have the idea of ​​a buy button on these platforms.

The very textual aspect of Twitter and Facebook probably has not helped either. With Instagram or Pinterest, which also has a "shop the look" function, where it is possible to buy items simply by clicking on them, the image gets stars. A positioning that facilitates the profession and the desire of consumers in search of purchase.

For the time being, no release date is announced knowing that IG Shopping is in the development phase. According to The Verge, it is even possible that the project never sees the day.

Yet Instagram with this new proposal in e-commerce would be able to extend its extensive range of services. The social network had launched an Instant Messaging application, Direct and recently an independent video platform, IGTV, aimed at competing with the gigantic YouTube.