Lamborghini Aventador SVJ: the fastest in the world at the Nürburgring 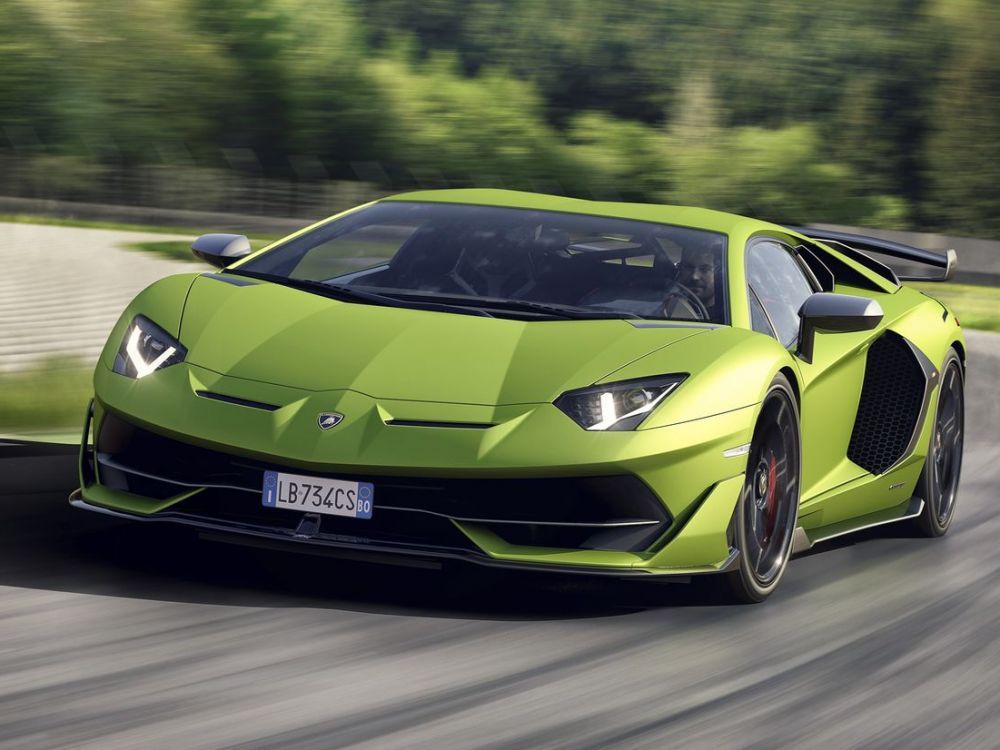 6 minutes 44 seconds and 97 hundredths. It is better than 6 minutes 47 seconds and 25 hundredths. This allows the new Lamborghini Aventador SVJ to claim the title The world's fastest production car on the Nurbürgring, for the Porsche 911 GT2 RS, so far holder of the record. When the Italian supercar is presented at the end of August, it is on July 26 during a test session on the northern loop of the 22.6 km long German circuit, which was the record on Marco Mapelli, the Lamborghini factory pilot.

Given the reputation of the German circuit, this is an unsustainable argument for a model of this caliber. Lamborghini has chosen the exclusivity for the presentation framework of his Aventador SVJ, because it is first performance at the very select Pebble Beach competition for eleganceCalifornia. The place may seem poorly chosen, because elegance is not the first concern of this radical version of the Aventador.

Aventador SVJ takes over from SV

Launched in 2011, the Aventador was a kind of revolution for the Italian brand, as it had a brand new platform and a brand new V12 engine. An investment than allowed thanks to the funds of the Volkswagen Group, owner of the brand since 1998. Retouched at the end of 2016, she became Aventador S. The new SVJ aims to take over the torch of the deceased SV and has like it was optimized for speed and circuit driving. The last J of his registration number refers to the Miura P400 Jota, a prototype that was developed in 1970 to comply with Appendix J of the then FIA regulations.

What is obvious about the Aventador SVJ is the presence of numerous aerodynamic appendages, who remove all discretion – if there is a Lamborghini in the standard version discreet – to the car. Of course, these have a different interest than aesthetic because the Italian manufacturer makes an announcement aerodynamic support up to 40% compared to the SV. This sounds like a kind of performance if you know that the aerodynamic resistance does not suffer from the operation. It even drops by 1%. This is partly due to the use of valves that are operated on the front cover and on the rear cover. These are operated in 500 milliseconds by electric motors, to optimize aerodynamics depending on the driving situation. Lamborghini calls this solution Aerodinamica Lamborghini Attiva 2.0. 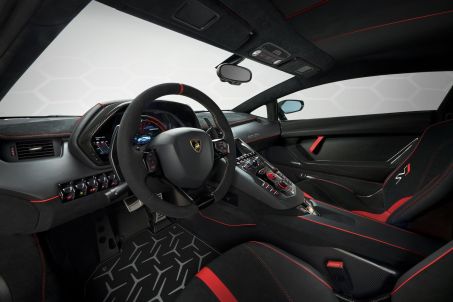 The technical evolutions do not stop there. The atmospheric V12 – which becomes an exception in the supercars category – goes from 740 hp on the Aventador S to 770 ch on the SVJ. What an announcement top speed greater than 350 km / h. The four-wheel drive has been reworked to get 3% more torque on the rear axle compared to the SV. It is the benefit of the sensations, but also of motor skills, essential to go from 0 to 100 km / h in 2.8 seconds.

Four-wheel steering and active aerodynamics for the Aventador SVJ

One of the most important developments of the Aventador S was the introduction of a four-wheel steering system. This is clearly renewed on the SVJ, which has more of a re-calibrated magneto-rheological fluid-controlled suspension, with increased stabilizer rods. The ESP has been reworked to adapt to both these new settings and active aerodynamics. The robotic box with seven gears has also been revised. 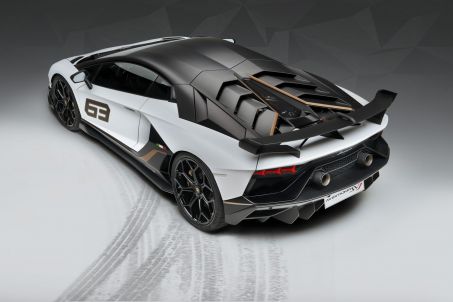 Lamborghini announces production limited to nine hundred copies for this Aventador SVJ. To this will be added sixty-three copies of a special edition called SVJ 63, in honor of the year of founding of the Italian brand. It is distinguished by its many body parts in raw carbon, and the numbers 63 that adorn the bodywork. The first deliveries take place at the beginning of 2019 and the price is fixed at 418.939 € for the French market. But the prize can fly much further, because Lamborghini promises endless possibilities of adaptation with its Ad Personam program. Note that the GPS, removed to lighten the car, is a free option.