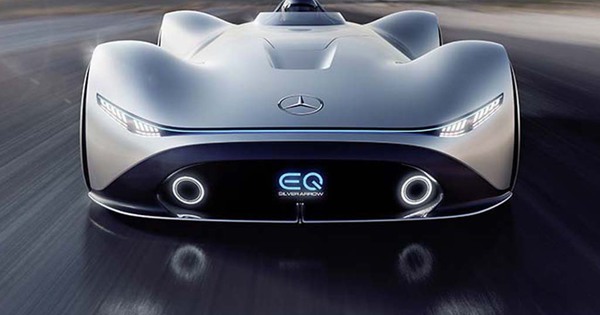 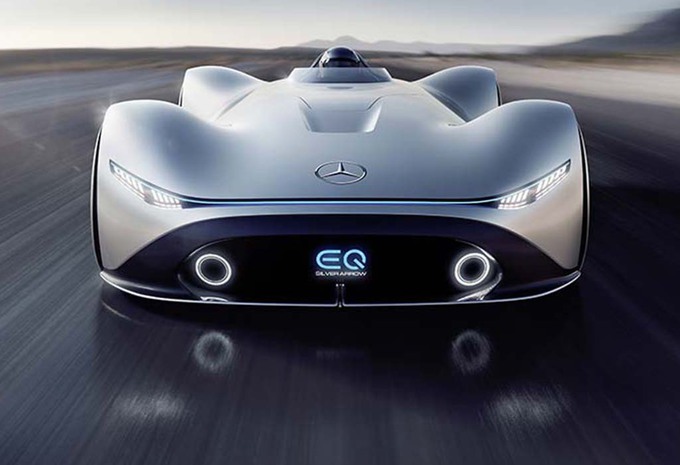 It may be a chimpanzee concept Mercedes, but it is nevertheless spectacularly beautiful. This concept EQ Silver Arrow promotes the future range of electric cars that the manufacturer will launch in the coming years. But that is not all, because this proto is also a tribute to the W125 from 1937, a record wagon. The vessel has been painted in silver color again to refer to Mercedes racing cars whose white paint was removed to earn a few pounds.

The Pebble Beach 2018 concept is 5.3 m long and only 1 m wide. The body is made of carbon fiber and the machine actually looks like a huge cigar instead of an arrow. Little details are given on this EQ Silver Arrow. He would own it an electric motor with an output equal to 750 hpe 80 kWh would guarantee a range of more than 400 km. That said, it is mainly a showcar which says a lot about the importance of aerodynamics. Note that the presence of large separators on the hood and wheels melted in the mass. The visual language is neat with the installation of thin light strips around the car and wheels with no less than … 168 spokes filled with tires of size 255/25 R 24 at the front and 305/25 R 26 at the rear. In the cockpit there is only room for a driver and there is also the mix of classic materials (leather, brushed aluminum, wood …) with a very modern technology. In particular, there is a steering wheel with an integrated touchscreen connected to a large panoramic screen that displays 3D images of the surroundings and even a virtual racing game that lets you taste the two GP cars – current and historic – Mercedes . That brings us to an anecdote: the original W125 from 1937 had reached the attractive speed of 432.7 km / h with its 12-cylinder engine on the motorway between Frankfurt and Darmstadt … Could this EQ be even better? 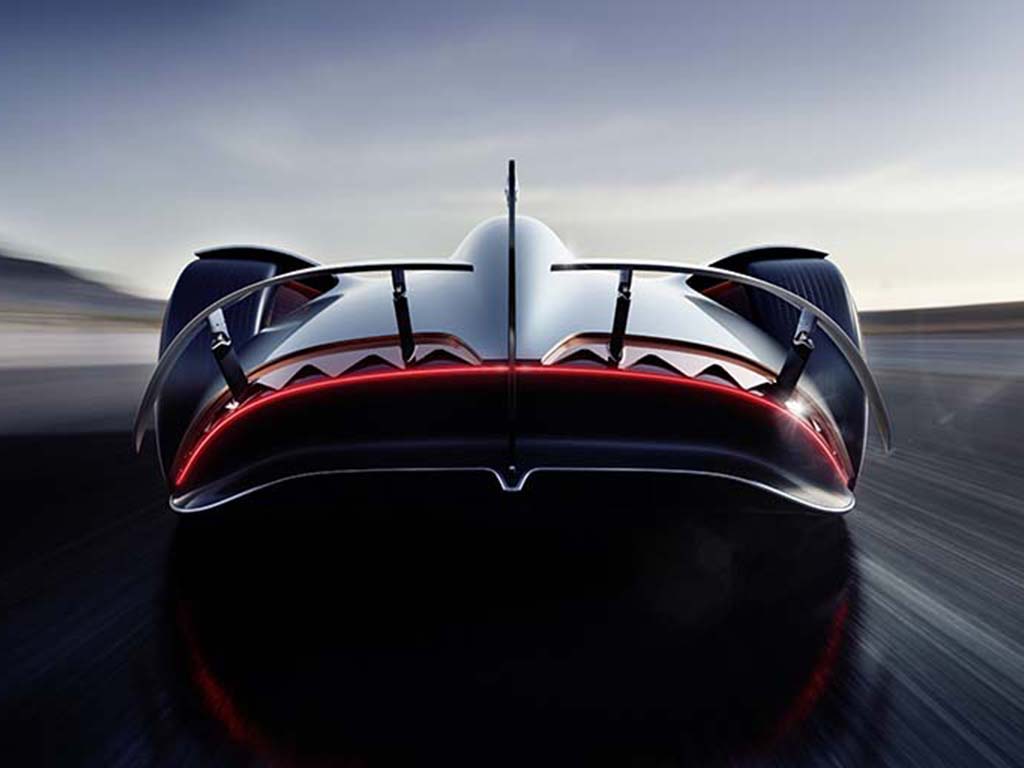