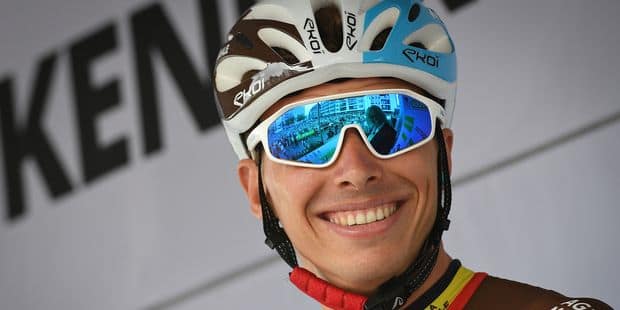 The Belgian champion 2017 was the leader of the Dane Michael Valgren Andersen (Astana) and Tim Wellens (Lotto Soudal).

Koen Bouwman got a flat tire and was caught by the peloton. Rain and climbs avoided when the leading group. Paul Ourselin also had to resign. In the large group, the riders from Bahrain-Merida and Vital Concept set the pace. Mauro Finetto lost the group 26 kilometers from the finish.

Oliver Naesen started with a small lead at the foot of the first of two climbs on the Ty Marrec Coast. He was then supported by Tim Wellens and Michael Valgren Andersen. This trio started with 20 seconds in advance the only local tour of 14 kilometers. Behind them followed Michael Matthews, Zdenek Stybar, Olivier Le Gac and Ruben Guerreiro. The group group had to give a minute and a half for the three awkward attempts. The top-three coupling remained excellent until the sprint Oliver Naesen was the fastest. The former Belgian champion follows the Italian Elia Viviani in Brittany, Classic-Ouest France. Naesen also won the GP Lucien Van Impe, a cycling fair, in Erpe-Mere last Thursday.