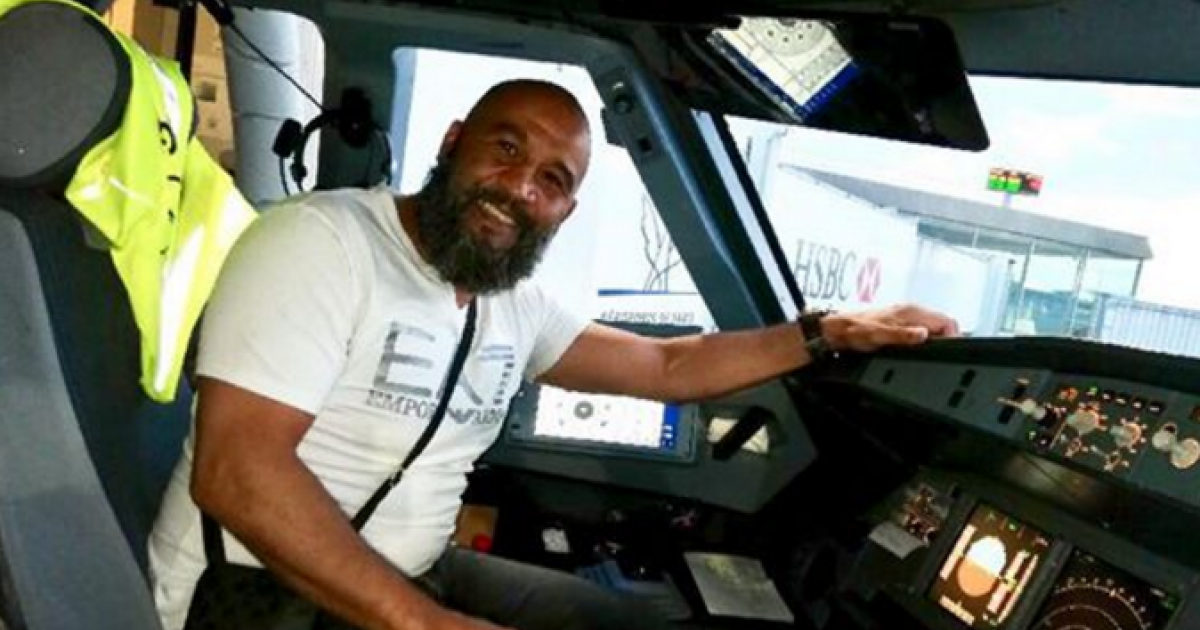 A "courage" and a "civic" that "deserves to be greeted and shown as an example", wrote on Facebook his friend Arnaud Romera, sports journalist, who relayed the story on social networks: the former professional boxer Tarik Sahibeddine was successful on Friday 24 August in mastering a young man who threatened to lead the Munich-Paris flight he was.

Former 46-year-old welterweight champion France was back from vacation with his wife. "As soon as the plane had reached its height and the hostess passed by with the car, I saw a man standing in the middle of the plane," he says on Sunday. on the CNews board. "He held it, he spoke to her in the ear, back to her, I thought the situation was not normal."

The man in his twenties, probably drunk or under the influence of narcotics, refuses to sit down. she seems to want to impress the crew of Lufthansa and mimics headshots.

"The skipper saw the scene, he came to ask him to sit down, he said:" No, I stay on & # 39 ;, they talked each other meticulously, with threats, wanted to open the door of the plane, tried to to scare and said: 'I'm not afraid to die, I'm afraid of nothing!'

"If necessary, I take orders"

"I asked one of the crew members if he wanted me to stay to help him, he said yes, then I pulled the curtains to prevent the situation escalating with the other passengers, when they saw what was going on, said the former boxer at the border police at Roissy airport, as shown in his report of the hearing.

"The crew was scared, everyone was trembling."

The man indeed holds disturbing words, threatens to open the door of the device. "He says:" I have my friends in Munich, the commander will turn around, he will pick them up, I want them back, "reports Tarik Sahibeddine to the" Parisien & # 39; "and CNews.

"He said:" If necessary, I take control of the plane. "There I came in, there was a physical conflict, we had to keep it on the ground, the captain that the security forces were waiting for us at Roissy." 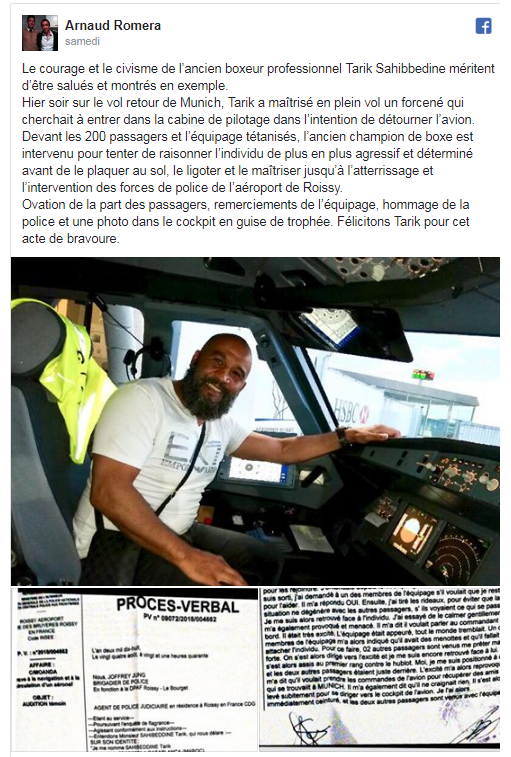 Two other passengers help him to put the man in chains with plastic bands and tie him with a belt. The former sportsman, now an educator in Bordeaux, describes for the "Parisian" the act of "unbalanced", both "clear" and "incoherent":

"He changed his mood, he laughed and became aggressive, I'm not talking about a terrorist, but he tried to terrorize, to impress." He looked bad at the passengers, insulted.

Thanks to the crew, Tarik Sahibeddine had the right to pose in the cockpit "as a trophy" before he was heard as a witness by the police at the borders. The information and communication service of the national police (Sicop) confirmed the incident and the arrest of the madman at Franceinfo.