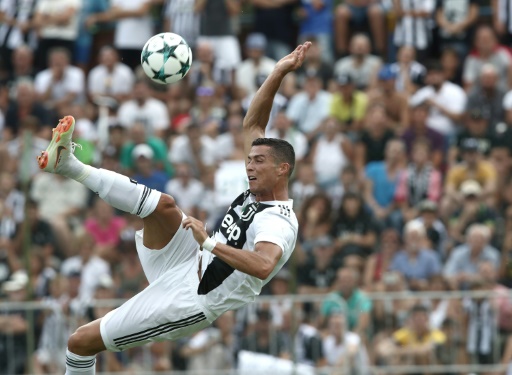 The first day of the Italian league will be marked on Saturday by the long-awaited Cristiano Ronaldo debut with Juventus Turin, but also by the emotion regarding the murderous collapse of a bridge Tuesday in Genoa, a city whose two teams

Ronaldo will discover Serie A on Saturday in Chievo Verona, confirmed his coach Massimilano Allegri on Friday, warning his team

"We should not make the mistake of thinking we are going to win simply because we have Cristiano. It must be an added value, "warned the Italian technician.

"We have improved the group by taking the best player in the world and other great players, but the other teams have also strengthened," Allegri estimates

"The team must evaluate the situation We do not have the best physical circumstances and therefore we have to make a serious match to bring home three points and start well, "he added.

Dauphin of Juventus last season, Naples starts The return from Saturday to Rome against Lazio, with Carlo Ancelotti returning to an Italian bench almost ten years after his departure from AC Milan, is one of the other attractions of the season.

Inter Milan, who has achieved impressive recruitments, will start on Sunday at the Sassuolo field. AS Rome will go to Turin to face the Torino.

After the collapse of a freeway bridge on Tuesday in Genoa, which killed at least 38, the competition also announced the postponement of matches of AC Milan-Genoa and Sampdoria Genoa-Fiorentina, both scheduled on Sunday.Sampdoria-Fiorentina will be played on 19 September and Milan-Genoa on 31 October