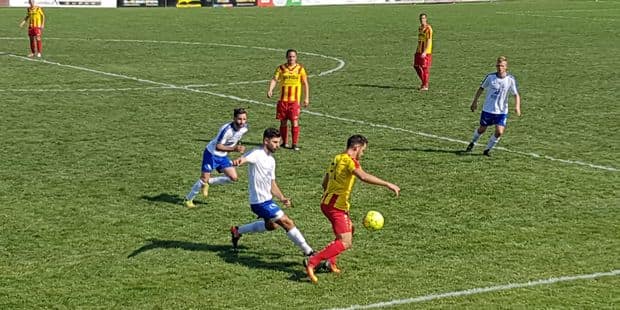 The men of Jonathan Krys have not doubted despite the goal to open visitors.

For his first home game, Péruwelz received these Sunday afternoon players Gosselies. A victory was then essential to make up for the disappointment suffered last weekend on the basis of Tertre-Hautrage.

The demand from the fans was perfectly heard thanks to this success that was achieved on the score of 3-1. However, it was the visitors who were the most enterprising from the start. It was also Gosselies who opened the score shortly for half an hour.

A goal that would be the uprising of the local people who did not hesitate. It will also have been necessary to wait a few minutes to see them return to the score.

In the second half, Gosselies was invisible. Péruwelz then used the opportunity to take the lead in scoring before being permanently protected by penalty in the last seconds of the game.