Vandoorne last of the first free practice in Singapore 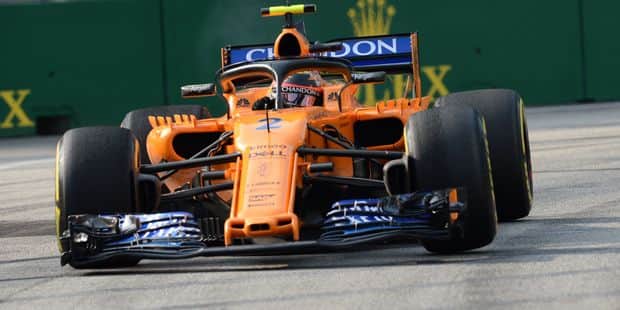 Stoffel Vandoorne, riding in his McLaren, finished 20th in the first free practice session on Friday morning in Singapore, the 15th Formula 1 Grand Prix of the season. Belgian, who leaves his team at the end of this season, signed a time of 1: 45.160, far from the Australian Daniel Ricciardo (Red Bull), the fastest in 1: 39.711.

Vandoorne, who will be replaced next season by Brit Lando Norris in McLaren, was more than a second slower than the Russian Sergey Sirtokin, the 19th and penultimate in 1: 44.036 on his Williams. De Kortrijk, who made 11 laps, the smallest number of drivers, saw his Spanish team mate Fernando Alonso in 14th place in 1: 42.630.

A second free practice session takes place in the afternoon, before the third and qualifying on Saturday. The race, won in 2017 by Hamilton, will be played on Sunday-evening.