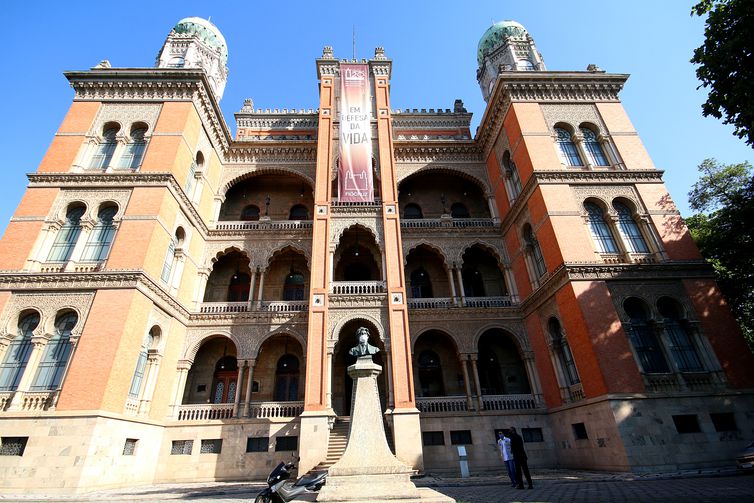 The Oswaldo Cruz Foundation’s Institute of Technology in Immunobiologicals (Bio-Manguinhos / Fiocruz) began supplying a new rheumatological disease drug to the Unified Health System (SUS) in October. The drug is called golimumab and is used by 11,000 patients in the treatment of rheumatoid arthritis, psoriatic arthritis, ankylosing spondylitis and non-radiographic axial spondyloarthritis.

The start of production of the drug in Bio-Manguinhos came about through a collaboration with the pharmaceutical company Janssen, owner of the product technology, and Bionovis, formed by a joint venture between the laboratories of Aché, EMS, Hypera Pharma and União Química. This agreement provides for the total transfer of knowledge, manufacturing technology and master cell of golimumab, a biological medicine.

Before being supplied by Bio-Manguinhos, the drug was purchased from Janssen by the Ministry of Health. With the transfer of technology and production at Fiocruz, there will be a gradual decline in prices, explains public health technologist Hugo Defendi, from the New Business Division of the Relations with the Bio-Manguinhos Market Division.

“Another indirect benefit is that competitors who also offer the product also end up lowering prices,” says Defendi, who describes golimumab as a good therapeutic option. “It has a good risk and benefit profile, it causes few side effects and side effects, which is a great advantage because it has a very good effectiveness”.

Bio-Manguinhos also supplies the SUS with biopharmaceuticals infliximab and etanercept for the treatment of the four rheumatological conditions. In addition, this year, the institute also started production of the drug rituximab, for rheumatoid arthritis.

In addition to the greater accessibility of SUS users to the drug, Hugo Defendi emphasizes the importance of incorporating manufacturing technology into Fiocruz’s public structure

“Bio-Manguinhos will have access to this technology, it will be able to internalize it in our factories and this is a great technological gain”.

The diseases for which golimumab is indicated by the Ministry of Health Clinical Protocols and Therapeutic Guidelines (PCDT) are chronic inflammatory diseases.

Rheumatoid arthritis affects between 0.5% and 1% of the world population and the Brazilian population and is more common in women in the 30 to 50 year age group. Chronic inflammation causes pain and swelling in the joints of the hands and feet, in addition to morning stiffness, leading to movement difficulties due to joint arthritis / synovitis.

Psoriatic arthritis has a prevalence of 0.3% to 1% of the world’s population, but this rate is as high as 6% to 41% among people with psoriasis. In Brazil, the prevalence among people who have or have had psoriasis reaches 33%. The disease causes damage to the skin (psoriasis), nails, peripheral joints, the axial skeleton, inflammation of the enthesis (connective tissue between the tendon and bone) and inflammation of the entire length of the tendons leading to swelling of the finger as a all of them.

Ankylosing spondylitis, on the other hand, is a chronic inflammatory disease that preferentially affects the spine and can cause stiffness and progressive functional limitation of the axial skeleton. The highest incidence is in men aged 20 to 30 years, especially in patients with the HLA-B27 antigen, which represents approximately 60% of patients in Brazil. The disease is manifested by symptoms such as inflammatory low back pain and peripheral symptoms such as arthritis, enthesitis and dactylitis.