Initial tests make it possible to report radars and accidents

the Google Maps has it Waze in 2013 it was expected that the Google application itself improved, adding some features that were present in the app that was purchased. Although it took a while to get there, a couple of months ago Google Maps reported testing features already in Waze, such as showing places of radar and inform what accident on the road that could block traffic. This function was only available to a few people. Now they reach all users

This update is slowly coming to all people. The app provides a course that allows the user to tell the community if something is blocking the route. So far it is only possible to add "tel" and "mobile radar", but Google Maps can offer more functions in the future. 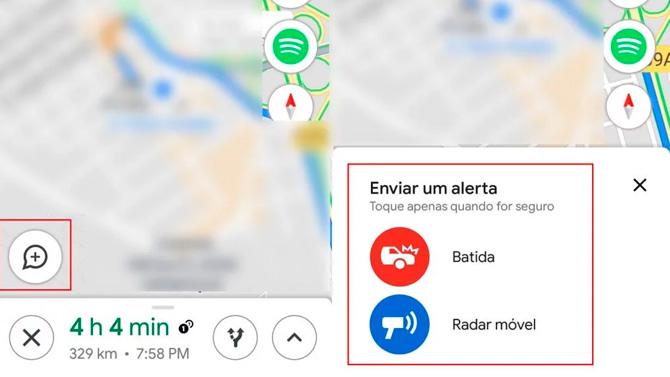 If you want to report one of these two options, just click on the circle with a to chat right away + in the middle, then click can click, which is in the red color, or mobile radar, which is in blue color. After this, everyone who passes through this section is informed about the situation in traffic, which can greatly facilitate the choice of the best route.

What is expected is that late December all Google Maps users have already received this new role.