The metropolitan price of Belo Horizonte rises to R $ 3.40 this Wednesday – General

brazil November 13, 2018 Brasil, brazil Comments Off on The metropolitan price of Belo Horizonte rises to R $ 3.40 this Wednesday – General 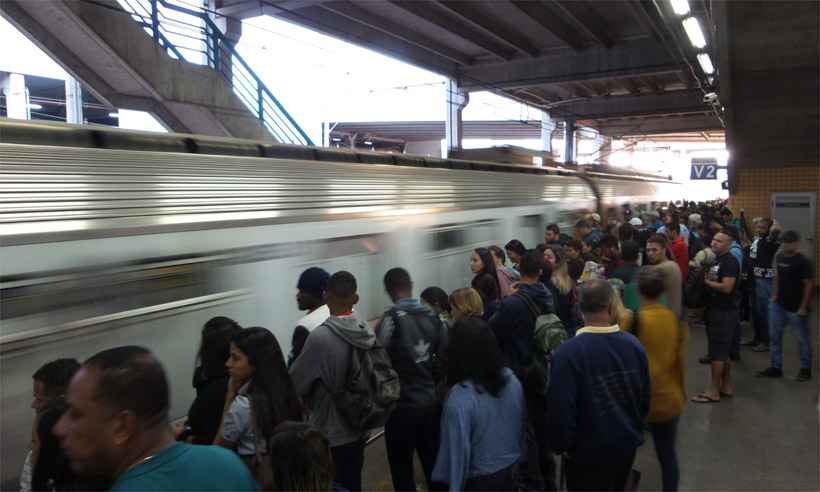 From 0 am this Wednesday, November 14th, the Belo Horizonte metro will go from R $ 1.80 to R $ 3.40. The announcement was made in the afternoon of Tuesday afternoon by the Brazilian company Urban Trains (CBTU), after being informed of the decision of the Superior Court of Justice (STJ) that suspended the order of the Court of Justice of Minas Gerais for the increase to avoid the rate.
"The new measure of STJ's Prime Minister, Napoleo Nunes Maia Filho, suspends the effects of court orders from the state court and recognizes that it is up to the federal judge to make a final statement," CBTU said in a note. "Given that the decision of the STJ is immediately applicable, the new Metr rate from Belo Horizonte goes back to R $ 3.40 and starts with j from 0 am, this Wednesday (14)," says the company .

Still in the memorandum, the CBTU argues that the last adjustment of the Belo Horizonte metrology took place in December 2006, 12 years ago. "As a result, the revenue from the metro rail transport service has not evolved in a way that is compatible with the increase in costs, and it is necessary to apply this financial rebalancing," says the company.

"The partial rebuilding of the inflation losses allowed by the Ministry of Planning for CBTU aims to strengthen rail passenger transport and acts as a fundamental measure to continue the operation and maintenance of the service provided. is rigorously across the country subject to adjustments that are mostly based on inflation indices, "says the CBTU.

The price rose to R $ 3.40, an increase of 88.9%, for three days in May. But it returned to the previous value after the CBTU had been informed of a decision by the 4th treasury of Belo Horizonte to suspend the adjustment. The company filed an appeal with the TJMG that arrived at 8th Cvel Cvel or Belo Horizonte, which would not be authorized to take care of the request. For this reason, the appeal was redistributed and delivered to the 15th Chamber of Cvel.

L, Judge Octvio de Almeida Neves accepted the argument that the procedure in the jurisdiction of the court therefore ordered the transfer of the case to the federal court of the 1st Region (TRF-1). He kept the ticket frozen at $ 1.80 until another decision was made.

The CBTU then lodged an appeal with the STJ because of a jurisdictional conflict "because of the downfall of the Court of Justice of the State of Minas Gerais and of the federal court of the 7th Court of the Legal Department of the State of Minas Gerais." According to the text, the latter also considered himself incompetent. "It argues that, as a state-owned enterprise dependent on the national treasury, as well as the fact that the fee was approved by an administrative act of the Ministry of Planning, federal courts would have to process and assess the deeds …" according to the decision . "Postulates the recognition of the competence of the federal judge and the resulting suspension of the consequences of the commandments of first instance up to the resolution of the current conflict".

In the decision Minister Maia Filho informs that "it is the task of the federal justice to prosecute the cases in which the Unio, autarchical entity or federal government company is interested in the condition of authors, employees, supporters or opponents, with the exception of bankruptcies. and to judge, of the labor and the right to vote Justia and Justia do Trabalho ". Thus, it revoked the decision on the order, determining the jurisdiction of the federal judge of the 7th Court of the Legal Department of the State of Minas Gerais, "as well as suspending the consequences of the decisions of the state court." The decision of November 5, but was published on Monday the 12th.