Petrol is on for the fourth time in 14 days 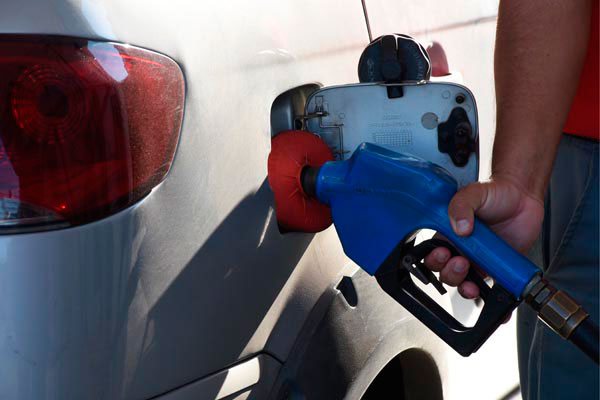 Petrobras announced a new adjustment for the second consecutive day in the price of the liter of petrol in the refineries. From this Friday, 14, the fuel will cost R $ 2.2514. This is the fourth increase only in September, a total of 4.71% higher. In the last 30 days the cost of petrol at refineries rose 17.42%. The new value breaks the maximum hit on Thursday 13, when the costs for refineries were R $ 2.2294. The cost of the liter of diesel will be maintained at R $ 2.2964.

At some petrol stations at Christmas, the cost of the liter of gasoline increased by R $ 5.00

In an article published Thursday by Tribuna do Norte, the president of the Union of petroleum derivatives retailers of Rio Grande do Norte (Sindipostos-RN), Antonio Cardoso Sales, stated that Sindispostos / RN does not regulate the collection of the pumps. "Every move in fuel prices, whether it is an increase or a decrease, does not involve or control the Union, and the legislation itself does not allow it."

According to Procon Natal, the latest research on fuel prices of September 5 showed that the lowest price for regular petrol was applied to stations in the districts of Cidade da Esperança, Cidade Nova and Felipe Camarão, in the west. In them the product cost R $ 4.5500. In some stations in the south, regular petrol is found for R $ 4.8499 and petrol is added to R $ 5.0000 per liter.

Freeze prices
Petrobras announced on Thursday the third change in its policy of price adjustment of petrol since it began to follow the international market in October 2016. The value of the liter in the refinery could be frozen up to 15 days, instead of undergoing daily changes, as happened since July last year. But this has not happened until today. To prevent losses, the company will use financial protection instruments: the purchase of petrol derivatives on the New York Stock Exchange and currency hedging in Brazil.

With derivatives, price fluctuations of the fuel are prevented and the prices remain unchanged. So even if the money loses a few days because it does not adjust the gasoline while the raw material in the foreign market rises, it wins with the derivatives in the same proportion. Ultimately, the balance between losses and gains is zero and the customer benefits from the fact that he does not have to deal with the daily fluctuations of the price.

However, the changes will not interfere with the size of the adjustments that Petrobras will now apply. The commodity budgets on the international market will be passed on to customers. Only deadlines change.

Price composition
The bulk of the final price of petrol comes from the following components: 35% is with Petrobras; 15% is Cide, PIS / Pasep and Cofins; 29% is ICMS; 11% is the price of mixing anhydrous alcohol and 10% is related to the profit margin of the distributors and stations.