The revolution of electric buses arrives in Europe – Época NEGOCIOS 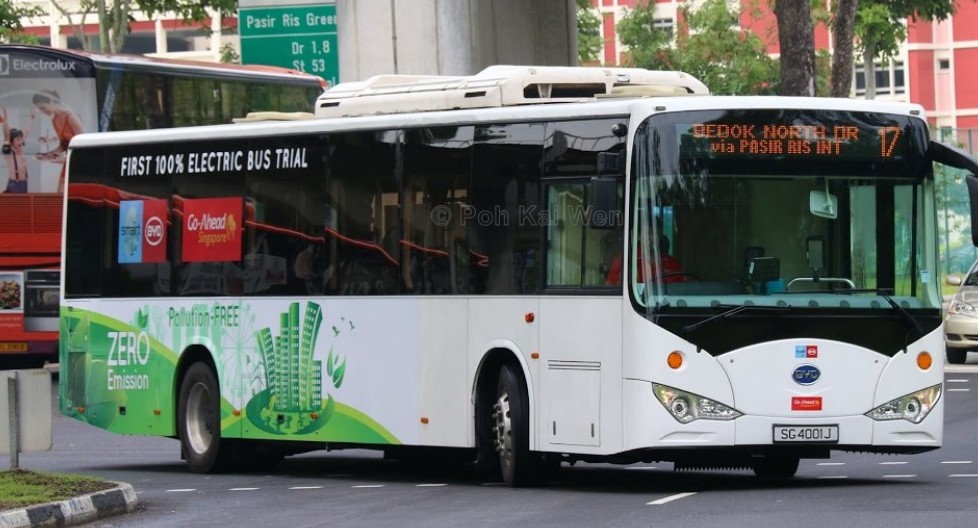 BYD & # 39; s Chinese electric bus manufacturer, who was a joke in the automotive industry seven years ago Europe, is about to open its second factory on the continent. In addition to a production unit in Hungary, it has a factory in France. The largest manufacturer of electric vehicles in China, the company has since 2008 since its partners the megainvestidor Warren Buffett.

The BYD-landing (Build Your Dreams) in Europe reinforces a new trend that quickly transforms urban transport for cities that want to reduce traffic, reduce CO² emissions, want to suppress government spending and still want to rely less on oil barrels. BYD is not the only one in the industry that is interested in Europe. Yutong also announced the establishment of a partnership with the French Dietrich Carebus.

Chinese interest in Europe does not happen by chance and is part of a worldwide leadership strategy in a new transport model. In Beijing, the electric bus segment has become an industrial priority for the government, which has given up to 40% subsidies to companies that choose to replace their old diesel models with the new technology. China hopes to enter a new market in a position of undisputed leader. Of the 120,000 electric buses sold in the world in 2017, 95% is circulating in China. Now these companies want to expand and set the European continent as one of their priorities.

In Europe, transport represents 27% of CO² emissions and the purpose of the Paris Agreement is to reduce these emissions by 90% by 2050. But the sale of electric cars is still small. For example, in 2017 there were only 250,000 units on European streets, compared with more than 19 million new cars sold in the same year.

As far as private vehicles are concerned, the European target is still timid, with the aim of making 5% of the continent's fleet electric or hybrid by 2021. In China, the intention is to reach the end of this year with 4% of the electric work fleet. The European authorities have seen the urban transport system as a way to accelerate the introduction of new technology.

Of the 725,000 buses that circulate around the continent, 2500 are electric. In London, mayor Sadiq Khan said that as of this year no diesel vehicles would be bought and by 2020 all traditional red buses of the city with two-storey hybrids would be. Cities like Geneva, Oslo and Amsterdam also follow in the same direction on the European continent. Last year, 13 large world cities promised to buy electric buses only in 2025.

ahead
And in this new market, China wants to ensure its leadership. Today, every five weeks, 9,500 new electric buses start circulating through Chinese cities – the equivalent of London's total fleet. There are currently 300,000 electric buses circulating in China. In Paris, the first vehicles with this technology are expected to arrive in 2020. Currently, 17% of urban public transport in China is powered by electricity, compared with less than 2% in Europe.

Shenzhen is considered the best example of this development after it had completed the electrification of the entire 16,000 bus fleet by the end of 2017. To make this possible, the local government installed 32 operators, 166 charging stations and more 1.8 thousand points of short-term electricity. By 2020 there will be 8,200 points capable of serving 24,000 vehicles.

More vehicles, less oil
An investigation by the Bloomberg agency indicated that the increase in the electric bus fleet affected the world demand for oil. With every thousand vehicles on the street, the daily demand for oil decreases with 500 barrels. By 2018, the number of barrels of surplus oil could increase by 37%, to a total of 279 thousand. Only with the Chinese buses would this total be 233,000.

The numbers are still far removed from the 95 million barrels of oil produced daily in the world. But they are already equal to all consumption of Greece and the trend is that this volume is increasing exponentially, as European cities are increasing their fleet of electric buses. Data from the European Union show that the world market for electric buses is expected to increase by 33% per year between 2018 and 2025. In China alone, estimates for 200,000 copies sold in 2020 alone indicate.

Brazilian fleet
Brazil is slowly moving towards the electrification of the bus fleet, but it is likely that the presence of this type of vehicle will increase in the coming years, at least in the city of São Paulo. The new tender for urban buses, which has yet to be approved, establishes that the fleet in circulation within ten years will reduce the current CO² emissions by 50% and will be zero within 20 years.

The standard does not specify the technology that must be applied, so hybrid vehicles (powered by electricity and diesel), natural gas or 100% electrical can be used in addition to other alternatives. The current fleet, almost all powered by diesel, is 14,400 buses. The director of the Chinese car manufacturer BYD, Adalbeto Maluf, says that only electric vehicles will be able to meet the zero emissions target. The Chinese group has a factory in Campinas (SP) that produces electric buses and is expected to sell 80 to 100 units this year. The current capacity of the installation is 300 units / year.

The country has a maximum of 300 urban transport vehicles with electricity, of which 200 trolley buses a few years ago by Eletra, São Bernardo do Campo (SP). This type of vehicle depends on the power grid – which is transferred to the vehicle by two bars installed in the roof.

Eletra also produces conventional models, but only two units are tested, one on the campus of the Federal University of Santa Catarina (UFSC), powered by solar energy. Another is in the fleet of Metra Transportes, in São Paulo. Volkswagen Trucks and Buses is also studying the future production of electric buses. In 2020, the company will begin commercial production of electric trucks at its Resende (RJ) plant.