Carmen Lúcia and Raquel Dodge fall in the samba next to Alcione; see video 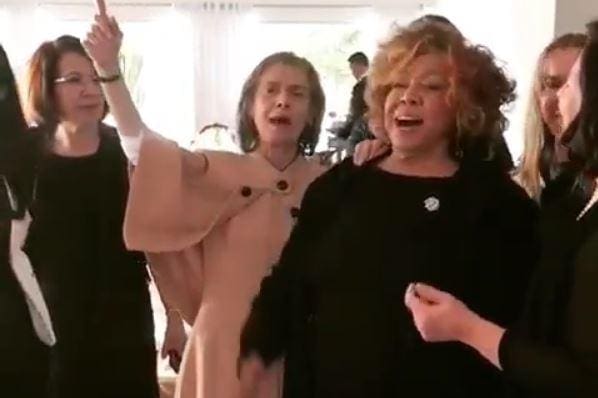 After the seminar "They for them", promoted by the National Justice Council (CNJ) in Brasilia, the president of the Superior Federal Court (STF) Carmen Lúcia and the Attorney General of the Republic Raquel Dodge appear in a video next to the singer Alcione Samba dancing and singing.

"There is no way to measure the fun of being with these incredible women! Thank you, Minister Carmen Lúcia!", The singer said in a posting on social networks.

At the opening table, the event brought together six women for the Brazilian judicial system. The second part of the event was also attended by women who hold positions of great importance in Brazil, such as Luiza Helena Trajano, president of Rede Magazine Luiza; the president of the Sarah Network of Hospitals, Lucia Braga and the first secretary of the Brazilian Academy of Letters, Ana Maria Machado.