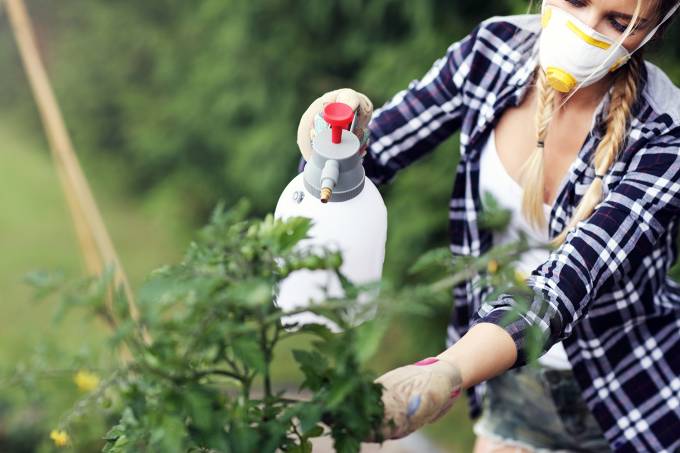 DDT – known as the first pesticide of the modern era – may cross the placenta and increase the likelihood that a baby develops an autism spectrum disorder (ASD), a study published in the American Journal of Psychiatry suggests. The substance, which was used during the Second World War to control typhus and malaria in Europe and the South Pacific, is already known to cause tremors, seizures, nausea and cancer, especially in cases of exposure to high concentrations. According to the researchers, the higher the level of pesticide in the blood of pregnant women, the greater the chance that their child has the condition, affecting about 150,000 people every year in Brazil. The study also explained that this increase is a combination of prenatal exposure to DDT toxin and genetic and environmental factors.

Previous studies have linked DDT and polychlorinated biphenyls to PCBs) against cancer and have suggested that these chemicals can influence the development and cognition of the brain in early childhood. However, most of these surveys only took into account exposure based on the proximity of participants to an infected site; do not directly measure the levels of substances in the blood of pregnant women during gestation.

By using this new research strategy, the Columbia University team in the United States resorted to a biological database in Finland, which collected and has since 1983 stored serum samples from the blood of pregnant women. The samples were from more than a million women who gave birth between 1987 and 2005. The health records of children with autism were also used. Other data collected were 778 women whose children had not been diagnosed with the disorder to consider a careful combination of birthplace and date, sex and stay for comparison purposes.

The team relied on the by-product of DDT and PCBs – produced after the body processes these chemicals – to get the results. In the case of PCB by-products, no evidence of correlation with autism was found. However, the researchers discovered that mothers with high levels of dichlorodiphenyldichlorethylene (DDE) – DDT byproduct – had a 32% higher risk of developing a child that could develop autism in the blood. They also showed that the chance of an autistic child with an intellectual disability was also higher (twice as much) among mothers with high levels of DDT.

The study came to this conclusion after finding about 1,300 children diagnosed with autism in children whose mothers participated in the study; 778 pairs of mothers and children were compared with the same number of children (and mothers) without the diagnosis. "In pregnant women, the chemicals are passed on to the developing fetus, along with genetic and environmental factors, our findings suggest that prenatal exposure to the DDT toxin may be a trigger for autism," Alan S. Brown, lead author of the study, told the Daily Mail Online.

According to today's medical news, DDT was first synthesized in 1874 for a wide range of disease vectors and was used during the Second World War to control typhus and malaria in Europe and the Pacific. hold. As a highly effective insecticide, DDT could eradicate almost typhoid fever in parts of Europe. In the United States it was widely used in private homes and farms. Despite the effectiveness, in the 1970s, this substance was banned in many countries due to safety problems.

DDT is still used in Africa to keep mosquito populations under control. Because the chemical remains in the soil and water for decades, it can accumulate in plants and in the meat of animals consumed by humans. Therefore it was possible to find high concentrations of DDT in the blood of some mothers who participated in the study. "The study is unbelievable, just confirming that a ban on the use of this product was a good idea," Tracey Woodruff, a UCLA researcher, told Scientific American.

Brown explains that chemicals can not be removed from the environment, so the best way to limit exposure is by choosing a diet with more organic fruits and vegetables and preventing yourself from getting to locations with toxic waste concentrations.

The researchers said that they are not yet clear how DDT is associated with the risk of autism, but one of the hypotheses is related to the fact that the presence of DDT can lead to preterm birth and low birth weight. , risk factors for the disorder.

The other explanation is for DDT to bind to proteins in the body known as androgen receptors, allowing cells to respond to testosterone and other hormones. Previous studies in mice have shown that some chemicals that bind androgen receptors can disrupt fetal brain development, especially in boys, a sex five times more susceptible to the diagnosis of Autism Spectrum Disorder (ASD).

Autism is a serious developmental disorder that damages the ability to communicate. It is also characterized by patterns of repetitive behavior and difficulty with social interaction. According to the World Health Organization (WHO), about 70 million people with autism live around the world; 2 million in Brazil alone.