A group of scientists confirmed the origin of the yellow fever that killed 676 people in the country between December 2016 and March 2018 and left more than 2,000 patients. The starting point of virut transmission, according to a study published Thursday in the journal Science, was the Amazon region.

"We showed that the source of the epidemic came from a virus isolate from the north of Brazil, and we also concluded that the virus arrived in Minas Gerais at the beginning of 2016 and then spread to the state and neighboring countries at an average rate of 4, 25 km per day, "says biologist Luiz Carlos Júnior Alcântara, researcher at Oswaldo Cruz Foundation and one of the authors of the survey.

For him, the explosion in the number of cases of the disease was not a direct consequence of the serious environmental accident of the dam in Mariana, Minas Gerais, in 2015 – one of the hypotheses with which they worked.

"The results presented do not show any relationship with the Samarco incident," Alcântara told BBC News Brazil.

"Based on a new method for analyzing epidemiological data and the analyzed genetic data in Minas Gerais, we discovered that, despite being the biggest outbreak that Brazil has experienced in over 100 years, it was characterized by a wild transmission where all cases were in humans, in the background, the result of a bite of a wild mosquito that mainly occurs in forests and rural areas, "Alcântara summarized.

The yellow fever virus has two epidemiological cycles. In the wild, monkeys are the main hosts and amplifiers of the virus – not by chance, at the height of the outbreak in Brazil, the highest in a hundred years, dozens of fallen apes were found in parks.

In this case, insects – mostly from the genera Haemagogus and Sabethes – stab the primates in the forest areas and can transmit the disease to people living in the region.

Already in the city the most common is that the transfer takes place by the mosquito Aedes aegypti, which is known to transmit dengue and zika. With this type of pollution, the insect transmits the virus from one person to another. The last outbreak of yellow city disease in Brazil took place in 1942. 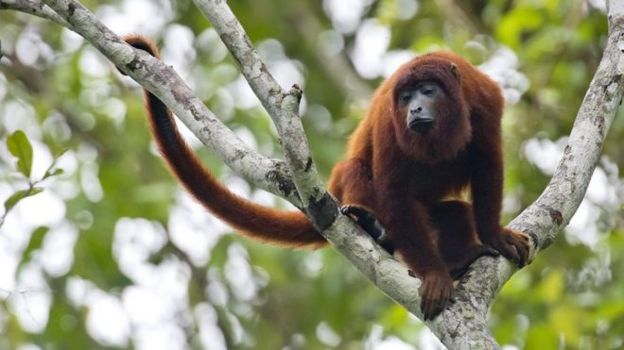 Monkeys serve as hosts of the disease virus

"The Amazon rainforest is a" reservoir "region where the yellow fever virus appears to have established a wild cycle some decades ago, with outbreaks of yellow fever occurring in cycles of 7 or 14 years, depending on the region & # 39; s, "biologist Nuno Rodrigues Faria, a researcher at the University of Oxford and the research coordinator, told BBC News Brazil.

"And the north of Brazil often seems to be the source of new viral strains that cause eruptions in Minas Gerais (for example in the outbreaks of 1934 and 2004), it is possible that other species of animals are involved and if we want future outbreaks To eliminate it, it is essential to understand how the virus persists in the Amazon rainforest between periods of epidemiological silence. "

Alcântara pointed out that the cases of infected monkeys were more geographically dispersed than those of infected people. "The largest number of cases was in the cities of Teófilo Otoni (MG) and Manhuaçu (MG), which are very far apart," says the researcher. 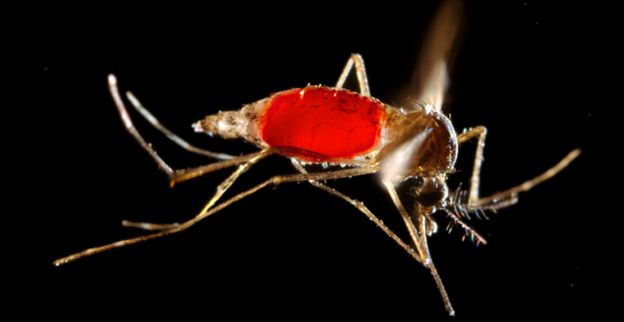 Urban yellow fever is transmitted by the mosquito Aedes aegypti; There have been no outbreaks since the 1940s

The study also showed that there was a temporary and spatial association between cases in humans and apes – which, according to the researchers, is characteristic for wild transmission.

"For our performance, only 19 genomes of yellow fever virus were detected in Brazil, and within two weeks we sequenced 50 genes using a sequencer smaller than a cell.We have developed a protocol to generate these genomes in real time and to perform genomic surveillance in a short time, useful for the Ministry of Health and the World Health Organization. "

The researchers also discovered that most polluted (85%) were men, plus an indication that the transmission was rather wild than urban. "Because in rural areas men have more activities outside the houses in contact with areas where there are monkeys and probably mosquito channels," explains Alcântara.

According to the researchers, these findings can help with strategies to combat the yellow fever virus because they show how transmission is taking place today. With DNA sequencing and intense computer analysis, scientists were able to trace the genetic composition of the virus.

In addition to identifying age patterns – most were between 35 and 54 years old – gender – 85% of the incidence was for men – and the geographical distribution of cases in humans.

"Brazil has a long history of outbreaks of yellow fever and a strong line of research on the virus, for example, the pioneer of the highly effective vaccine against yellow fever," said Faria.

"The first known outbreaks of yellow fever in Brazil were 330 years ago, in Recife, in Pernambuco, but it is the first time that we have studied the origin and spread of the virus during the outbreak, using genomic data collected in the land. "

Due to the scale of the recent outbreak, there was great concern that the virus could spread through urban transmission, which did not happen. The last outbreak of yellow yellow fever in Brazil took place in the 1940s.

"Although there were conditions for urban transmission, fortunately this did not happen," said scientist Faria. 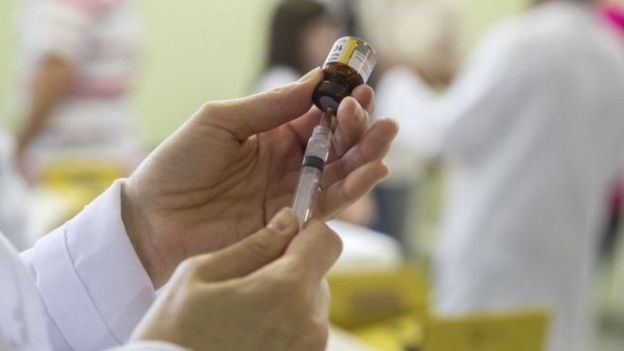 If the transfer were urban, the epidemic, in the opinion of public health managers, could be much more serious, especially in megacities such as São Paulo and Rio.

There is a yellow fever vaccine and it has already been used in the country. At the beginning of the outbreak, due to low stocks, large-scale immunization was mostly performed in endemic regions and led to long queues at health posts.

The offer was expanded nationwide, but after the critical period the population stopped searching for the vaccine – for example, São Paulo only immunized half of the 9.2 million that were part of its target population.

For professor of infectious diseases at the University of Oliver, Oliver Pybus, the big challenge is that the yellow fever virus comes in waves. "We can never completely eliminate it," he said.

That is why immunologists emphasize the importance of immunizing the largest possible percentage of the population to prevent an outbreak at times when the disease usually appears.

"The problem is that we still do not understand enough about the complex behavior of the virus in animal populations, we need this information to control future outbreaks, and only then will we be able to vaccinate the right people in the right places. , at the right time. "

"Our research shows that the outbreak from 2016 to 2018 in south-eastern Brazil – the biggest outbreak in more than 100 years – was the result of an introduction of a yellow fever species in the latest analysis from the Amazon region where the virus is circulating After the introduction to Minas Gerais, the virus quickly spread over local populations of wild mosquitoes and non-human primates to the big cities of São Paulo and Rio de Janeiro, "Faria summarized.

"Our analyzes show that the cases of yellow fever that occurred in human populations were professionals, that is, occurred in predominantly male individuals, mostly rural workers with professional activities who lived on average 5 km of forest areas and who unfortunately had not been vaccinated."

Alcântara believes that the work of his team can become an important tool in the fight against other outbreaks in the future.

"We have for the first time introduced a series of methods and techniques that will help characterize faster, real-time, future outbreaks in the world," he said.

"This is the first step in predicting when and where future outbreaks will occur."