Brazil suffers with balls of 3, loses from Canada and makes qualifications difficult 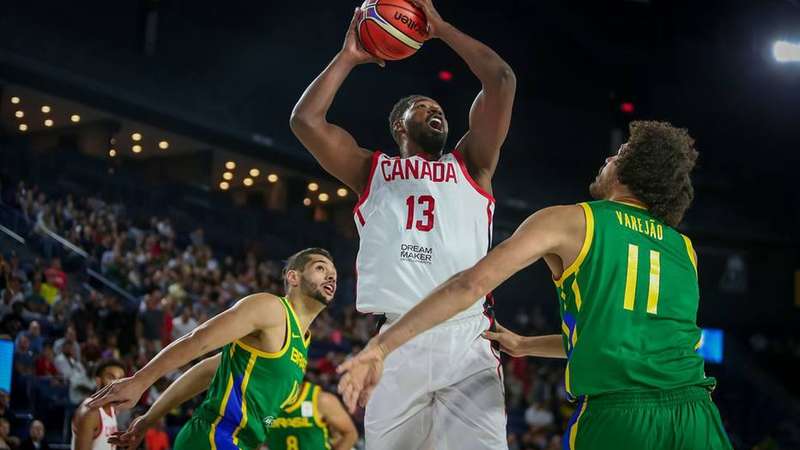 Canada confirmed their favor against Brazil on Thursday and complicated the status of the national team in the 2019 World Cup qualifiers in China. Away from home in the Place Bell Arena in Laval, Aleksandar Petrovic's party suffered from three-pointers, dropped from 85 to 77 and made a bad debut in the second qualifying round.

Brazil suffered from the fluctuations in the game, sometimes made life difficult for Canada, but found no reaction to the throws away from the opponent and Kevin Olynyk. There were 14 shots converted from three to the homeowners – against just five in Brazil – three of the Miami Heat pivot, which ended with 20 points and 19 rebounds.

With the result, Brazil has five wins and two defeats in group F of qualifying, behind Venezuela and Canada and disputes the position with the Dominican Republic – it is worth remembering that the results of the previous phase have been loaded. To qualify for the World Cup, the country must at least be among the top three in the group. If it is a room, it should be better than the room placed on the other key.

In the first quarter of this fifth, the selection surprised the opponent with a good defense and with the throws of Vitor Benite. However, when reservations were made, Canada used the opportunity to exercise its superiority. Then the show of Olynyk started, so the owners of the house ended the period in favor: 22 to 19.

Yago worked for the Canadian defense, but those who were responsible for keeping Brazil in the game were veterans Leandrinho and especially Anderson Varejão. When the second was out, Olynyk had even more freedom of movement. With plenty of space in the zone of three, the Canadians opened up until they entered the interval with eight points in front.

In the second half Brazil was quite oscillating, which ended with a possible victory. Both in the third and fourth period, the selection started poorly, saw Canada open and had to look for the injury. The advantage of the hosts came to 13 points, visitors cheered, but never threatened the victory.

In addition to Olynyk, Canada gave inspiring performances by Tristan Thompson (10 points and 12 rebounds) and Cory Joseph (16 points and 10 assists), respectively playing a major role in the NBA by the Cleveland Cavaliers and Indiana Pacers. Melvin Ejim still left the bank to score 14 points.

On the Brazilian side, Leandrinho finished as a basket, with 18 runs, while Marcelinho Huertas scored 14, in addition to 12 assists. Augusto Lima, with 10 points and 10 rebounds, and Varejão, with 10 points and a great defensive performance, also had good moments.