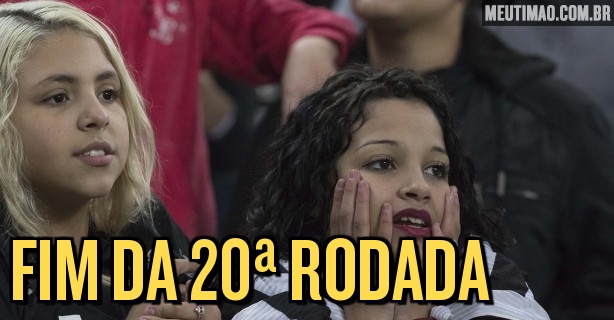 The 20th round of the Brazilian championship came to an end on Thursday-evening. And the Corinthian does not have so many reasons to smile … With the defeat for Fluminense with 1-0, last Wednesday in Maracanã, Timão fell into one place and now it's the eighth, eight points of the G6 and seven of the relegation zone (view the complete table below).

The team of Osmar Loss parked in the 26 points. Already three consecutive defeats in the Serie A (for Chapecoense, Grêmio and Fluminense), which means that the technician Osmar Loss is sufficiently questioned by the fans and the specialized press. Nevertheless, President Andres Sanchez gives support and ensures that the coach is not the only one to blame.

Read also:
Corinthians is equal to the number of worst seasonal losses of the decade
Analysis: Corinthians are largely dominated by Fluminense; Loss and team must respond

The leader of the league is the rival São Paulo, who rounds the round and adds 42 points. The only teams that climbed this week in the standings are: Palmeiras (from sixth to fifth), Cruzeiro (from eighth to seventh), Santos (for the 13th position) and Vasco da Gama (before the 14th).

Corinthians does not even have time to regret it. Back in São Paulo, the cast of alvinegro appears this afternoon, at CT Joaquim Grava, for the only training focused on the Paraná Clube. The competition will take place on Saturday evening at 7 pm in the Corinthians Arena in Itaquera.

View the current ranking of the Brazilian championship

See also all rounds and more information about the classification of the Brazilian championship on the special page with the table of the competition.

View the results of the 20th round

View the 21st round games