FIFA participates in the Uruguayan federation and takes control until 2019 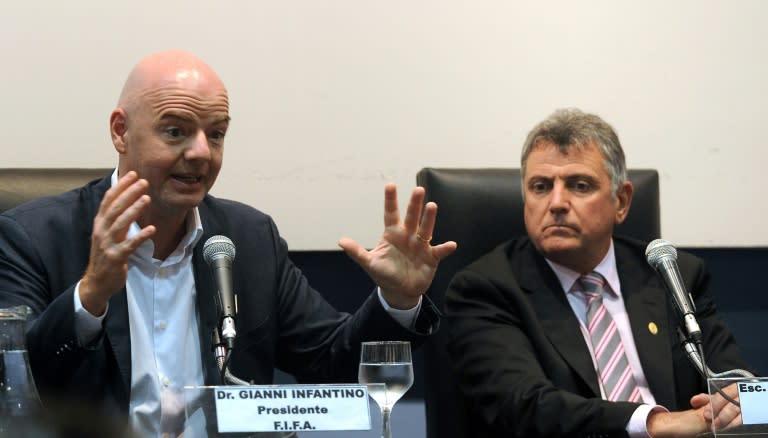 FIFA announced Tuesday that it would immediately intervene in the Uruguayan Football Association (AUF), which takes control via a "regularization committee" amid chaos after the dismissal of the president of the entity.

The governing body of world football "has decided to immediately appoint a regularization committee for the AUF" with a mandate until 28 February 2019 and that it will "manage" the Uruguayan federation, "revise its statutes" and "organize elections" according to a internal message sent in Zurich, Switzerland, and reported by local media.

Chaos broke out in the AUF at the end of July, when former president Wilmar Valdez resigned from his post and tried re-election after audio leakage that allegedly affected him in a bidding process for the purchase of security camera's for the stadium Hundredth anniversary from Montevideo.

After the resignation of Valdez, who initially claimed "strictly personal and family reasons" to leave the post, the scandal ended up with the government of Uruguayan President Tabare Vazquez.

Documents unveiled by the Uruguayan press show that the Interior Ministry, led by the president's brother, Jorge Vázquez, was decisive in choosing the winning bidder.

The case, called "AUFgate", is being investigated by Uruguayan courts.