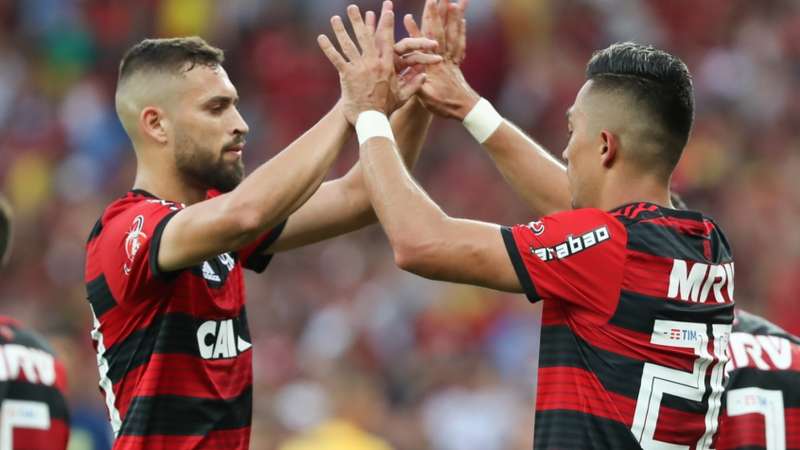 The succession of bad results in the Brazilian championship caused the backstage of Flamengo earlier this week. The pressure for changes in the football department over Eduardo Bandeira de Mello is great, but the president for now is resisting and Maurício Barbieri keeps up with the routine of training at the Urubu & # 39; s Nest. Before this Tuesday's activity, defender Léo Duarte commented on the situation and strengthened the cast's confidence in the coach.

– Total confidence in Professor Barbieri. He is our coach, what we want – said the defender, who won the title under Barbieri.

A leader of the Brasileirão for the stoppage of the World Cup in Russia, Flamengo fell to fourth place in the tournament. The distance to São Paulo is five points, but the battle for the title is the swing of the Maurício Barbieri team. For example, for the last five rounds, Rubro-Negro won only one game.

In the opinion of Léo Duarte, the free week for training in the Urubu litter can be decisive for the team to find good football and to leave behind the irregularity that has been presented in recent months.

"It has been a long time since we have a week off to work, which makes it hard for him and the players to work in. We have to train to improve what we do in the field, we will be able to do this during the week and I hope it will work Sunday, "said Leo, who designed the game against de Haan.

View other replies by defender Léo Duarte this Tuesday at Nest:

Flamengo prediction in the Brazilian championship

We really want that title. Unfortunately, we stumble, but if we achieve three or four victories, we get closer to the title and become strong. We know that he is stuck. We can fight for leadership. The Brazilian championship is very difficult. In the beginning there are always six, seven teams participating in the title race and this is what happens this year.

Wear in response to the fall of Flamengo

It is one of the most important factors. There were 18 matches in 60 days, the starting team changed little … It was only three games in 60 days. It is a marathon and the player gets tired. The season is long, games difficult, tiring … It is very difficult to keep the regularity all year round and unfortunately that is what happened to us. We did not want this low, but let's get it now, rest and train hard during this week, so that we can get the result.

We are not talking about it. We are aware that it is a very important game. First we have to think about Atlético-MG, then Corinthians. We must concentrate on Atlético-MG. We know from the pressure that Barbieri and we all suffer. We have to change this scenario. Train and run folded.

The emphasis of Diego

Diego is an important player, one of our technical leaders. It will be necessary, but there are good players at hand who are willing to come in and do a good job.

Ricardo Oliveira is a great player, very smart and strong. I have never played against it, but I will analyze him and the Atlético-MG team to make a good game and win. He is a good team, loves to have the ball, has fast players in front. We have to sit down in order to come out with the result.