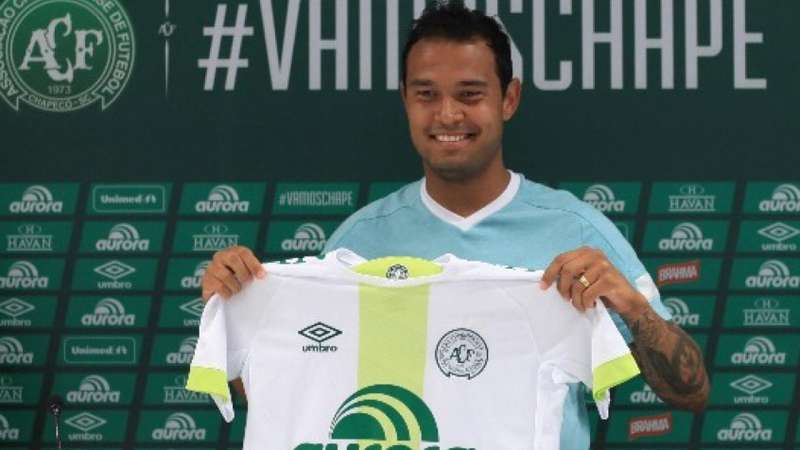 Formed in the base of the Palmeiras and with more than 100 matches with the shirt alviverde, Vinicius will find the former club this Sunday at 7pm in a duel for Brasileirão, who now defends Chapecoense.

"There will be a reunion on Sunday, I can play at Coritiba and we have bet 2-2 on Couto Pereira, in the game of the first round of this year I got injured and I could not act. defy the club where I grew up, it's always very good, friends start sending messages, playing games and I hope it's a great game, I defend the same colors, but now a different setting, and here it will be as it always was for Palmeiras, to defend my shirt with soul and heart – analyzed the attacking midfielder.

For Coritiba, in 2016, he faced the Sao Paulo club, but he still had a bond with him and lent him. In January, already without a contract with Palmeiras, signed for a season with the Santa Catarina.

– The friends of my time who have stayed are Prass, Jailson, Victor Luis, with whom I grew up on the basis and had more contact, Professor Felipão, with whom I in the last passage, Alessandra (nutritionist), Serginho ( masseur), and maybe some others who are still there, "he added.

Vinicius has 12 matches for Chapecoense, with a goal and two assists. Because of two injuries, one muscular and one in the direct knee, he did not have the expected sequence. Last Sunday, in a 3-1 defeat against Vasco, he went into the break and won another chance, the first with coach Guto Ferreira.

Fully recovered and 100% physical, the expectation is now to pack the team and help the team to leave the last positions. What if I have to celebrate with the former club?

– Gol is too much of the moment. A party, of shaking with my teammates for a certain purpose, would not be a lack of respect. I have a great affection for Palmeiras, for everything that has given me and in the field I have always donated for the club. But now I am in Chapecoense and I have to keep the same respect. And I think celebrating, in a place that has also welcomed me, is a sign of honoring this shirt and doing the best for it, that is where I am now – justified.

"I took some free time, which was a shame for me, I planned to come, help and show my football, but I had a serious injury, I'm fine and I'm planning a series. having, standing up, helping my teammates, scoring goals and being happy here – having completed the shirt 19.

The duel takes place in the Condá Arena in Chapecó (SC), for the 22nd round of the Brasileira. As a professional, Vinicius was a Palmeiras athlete between 2010 and 2018. He came to the club at the age of 12 and on 16 March 2010 he still made his debut as 16 for Rio Branco, with Paulistão. To this day, he is the youngest athlete in the history of Palmeiran to make his professional debut.