Opinion: São Paulo is on its way to become Brazilian champion for the seventh time São Paulo 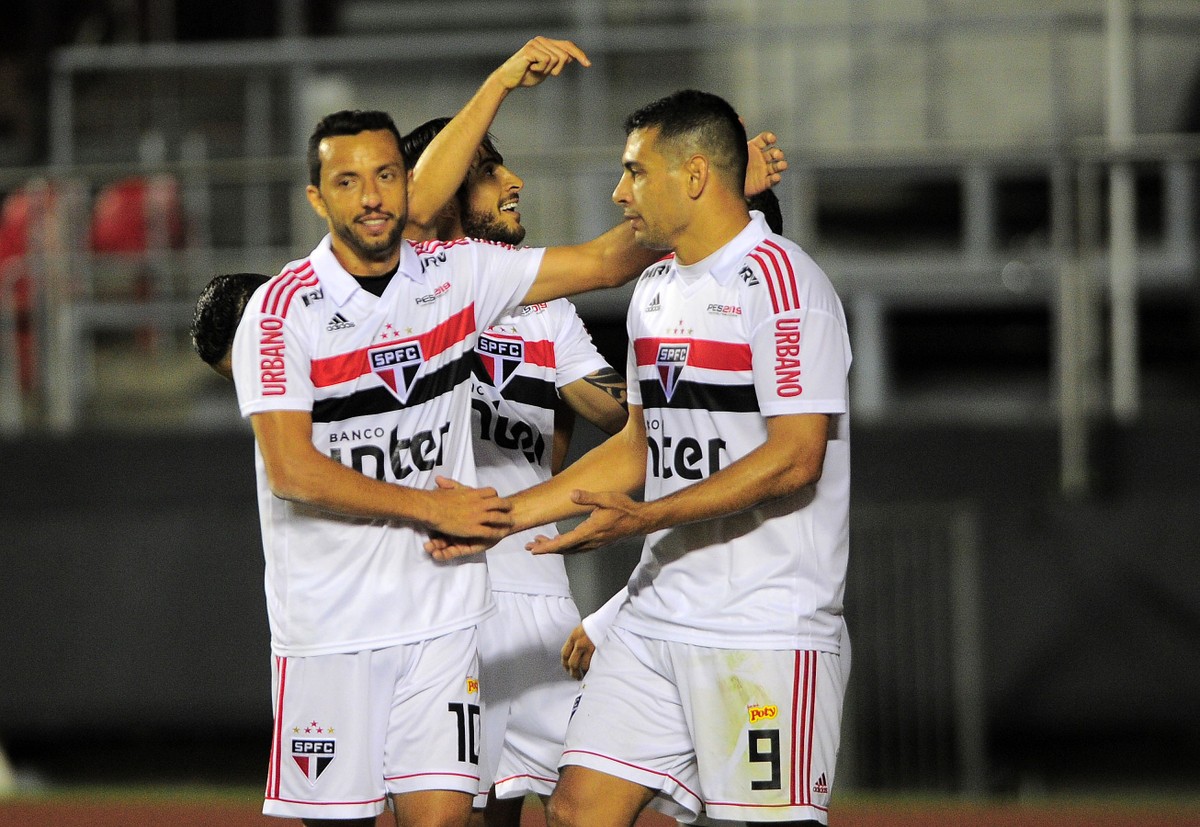 The title of Brazilian champion in the running points goes to the most consistent, regular, safe team – and not to what plays to give spectacle. Against Chapecoense, who is only two points behind the relegation zone, São Paulo had only 41% possession and only seven finishes, even played by 41,000 people in Morumbi. Won 2-0 and that's what matters – in a few days nobody else will remember a statistic other than the classification of the Brasileirão.

São Paulo was 41 points, with which he opened three of Inter's advantage, four for Flamengo and five for Grêmio, symbolic title of the first round. It is not a small thing. Since the Brasileirão began to be disputed by performing points, those who have seen the first half of the tournament in the lead ended the champion in 12 of the 15 editions – in the other three,CLICK HERE to see this list).

From the face, which attracts attention: São Paulo and Inter are not involved in other competitions, in contrast to Flamengo (Libertadores and Copa do Brasil) and Grêmio (Libertadores). Atletico-MG, with 33, is another who has no other tournament to worry about, in contrast to Palmeiras, also with 33, but who has played with reserves in the Brazilian, with the focus on the Brazil Cup and Libertadores . It is very early to say that São Paulo and Inter will polarize the title race of the Brasileira. But it is undeniable let them benefit, for not having to balance in other competitions.

In other words: São Paulo has 19 games to do until the end of the year, all for the Brazilian championship. Nothing else is important for the Tricolor, which still has another "trump card" – unlike rivals, no player has called for a selection (Brazilian or foreign).

In the first round there were 12 wins, five draws and only two defeats. This shows consistency. The historical average of Brazilian champions is six defeats per campaign. That means: Sao Paulo could take the title until they lost four matches in this return, double the losses of the first half. Of course there is no room for improvement.

In the next rounds, when Flamengo and Grêmio are still involved with Libertadores, São Paulo looks for Parana (road), Ceará (home), Fluminense (home), Atlético-MG (out) and Bahia (home). A good grade in this series can be decisive. 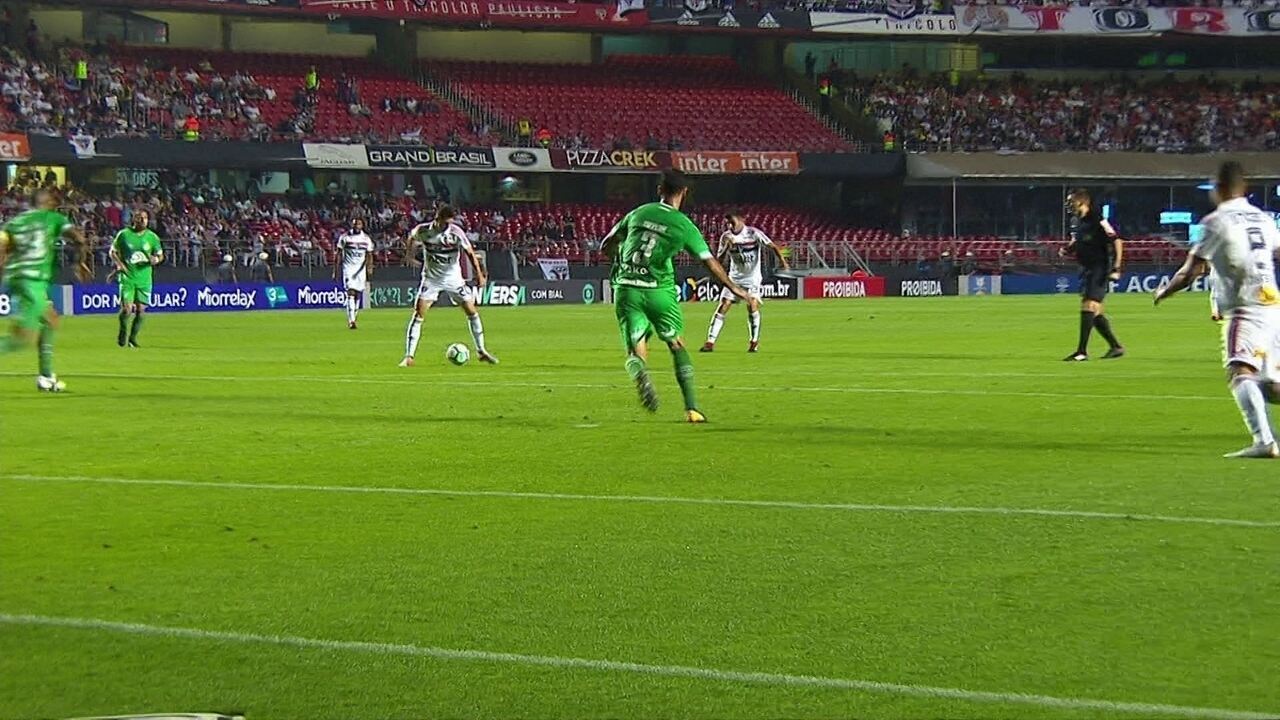 São Paulo did not play a bad match against Chapecoense. But it was not a good game either. It was a game … smart, who knows that you do not have to take any risks at the moment of the championship. The goal of Shaylon in the second minute has helped a lot. In favor, and still tired from the tense game in Argentina last Thursday (elimination on penalties for the Colón in the South American cup), the Tricolor left for Chape to keep the ball.

The Guto Ferreira team had 59%. He acted 440 passes (412 right and 28 wrong), much more than São Paulo (193 right over and 30 wrong). He came around the area, but he took very little danger for the purpose of Sidon. There were seven finals of São Paulo against six of Chape.

Diego Aguirre showed that he has control over the cast. It left five holders on the bench, exactly the most exhausted by the game in Argentina – Anderson Martins, Reinaldo, Hudson, Joao Rojas and Nene. When Chape threatened to tighten in the second half, the Uruguayan coach put the last three on the field. And Sao Paulo came back to the plateau.

Nenê rested in the first half against Chapecoense, went into the second half and helped the team to win the victory (Photo: Marcos Ribolli)

What Nene has played is absurd. When São Paulo completes the year as a Brazilian champion, there is no doubt that he will be appointed as the star of the competition. And that at 37 years of age, in his first as a Tricolor player.

What attracts the most attention in Nene is that he looks happy and motivated, as does Diego Souza, another veteran who was hired in January. The technician Dorival Júnior did not want to count on them, she had to swallow them. The team did not call and was called "bait" even by Novorizontino player. Dorival left, Aguirre arrived, Nenê and Diego Souza became holders, and São Paulo today is the leader of the Brasileirão. Nothing happens.

That is much merit from Aguirre. Put one together time champion in Brazil has much more to do with management than with tactical clipboard. Right away trio of weight in the board – Raí, Ricardo Rocha and Lugano -, the Uruguayan coach had the necessary help to keep Nenê and Diego Souza focused on winning, aimed at showing that they still have a lot of firewood to burn. Before the table, Aguirre won all those players who blindly trust the charisma of the two veterans – if you have doubts about their ancestors over other athletes, check out the backstage videos that have been published by São Paulo in their channels on social networks.

With a good environment, reinforcements are made more. Everton has accounted for the R $ 15 million investment; Joao Rojas does not even look like gringo (he is Ecuadorian), so fast that he fits into Brazilian football; and the back is too much improved with the rotation between them Arboleda, Anderson Martins and Bruno Alves (coincidence has improved with the departure of Rodrigo Caio due to an injury?).

Hudson and Jucilei have also played a major role, with the talent of the young Liziero, who plays at the age of 20 as a veteran, as well as the renewed Reinaldo on the left wing. Bruno Peres, who had played in midfield in Italy, has not seen the right back, but he has not compromised either. Sidon may not be the goalkeeper of the dreams of Sao-Pauline, but he has the trust of the cast.

With all this, always emphasizing that São Paulo does not need to have two teams mirrored (holder and reserve) because it is no longer in two competitions, the fan has, yes, much reasons to believe in the seventh Brazilian title, the fourth in the era of performing points.