Erdogan has a serious problem. With alcohol – 【News from the world】 • current information, topics and news

bulgaria November 27, 2020 bulgaria Comments Off on Erdogan has a serious problem. With alcohol – 【News from the world】 • current information, topics and news 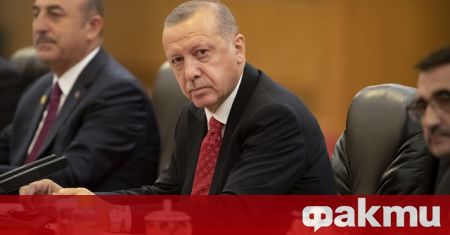 If it depended on him, all of Turkey would drink kefir alone. Erdogan hates alcohol: since he came to power, the prices of brandy have risen by as much as 2,000%. That is why more and more Turks are resorting to counterfeits – with fatal consequences.

Erdogan has a serious alcohol problem. At the same time, the Turkish head of state does not use alcohol at all. In addition, there is a strict ban on alcohol consumption throughout the Presidential Palace, with more than 1,000 rooms. Years ago, Erdogan announced that Allah’s commands prohibited the consumption of alcoholic beverages. His party had just passed a law restricting alcohol consumption in public places and advertising alcohol.

“Miraculous drink, turns you into a poet”

In general, if it depended on Erdogan, the whole of Turkey would have become an alcohol-free zone long ago and Turks would only drink ayran from morning to evening, which, according to Erdogan, is the only Turkish national drink. However, many Turks do not agree. According to them, Turkey’s national drink is aniseed brandy, which, however, has been making more and more victims of late – due to the various types of adulteration, where brandy is mixed with cheaper alcohol than disinfectants and detergents.

The Turks’ passion for alcohol has deep roots – the country is still the heir to the Ottoman Empire, where alcoholic beverages were highly prized. The founder of the Turkish Republic, Kemal Ataturk, was also a connoisseur of brandy. “What a wonderful drink makes you a poet,” said Ataturk, who died of cirrhosis in 1938.

To dissuade his compatriots from alcoholism, Erdogan is constantly raising excise duties. Since the advent of power, the prices of brandy have risen by as much as 2,000%. A bottle, meanwhile, costs no less than a tenth of Turkey’s minimum wage. “A bottle of brandy is subject to 234% excise duty, and when buying a jug of beer, which costs £ 10, a whopping £ 6 goes towards tax,” said Turkish opposition politician Özgur Özel.

But in the current times of economic crisis, the state budget urgently needs the money raised thanks to alcohol excise duties. And so something paradoxical happens: It is Erdogan’s state that becomes a tax alcoholic, Ozel notes ironically.

The high prices do not deter the Turks from alcohol: instead of giving up drinking brandy, many of them have started producing it themselves. Izmir in particular became famous as the capital of alcohol counterfeits. However, this development also has a downside: in just one week in October, 60 people died in Turkey as a result of the use of forgeries.

And another consequence of the incredibly high alcohol prices: the Turks are increasingly turning to smuggling and much of the illegally imported alcohol comes from Bulgaria.