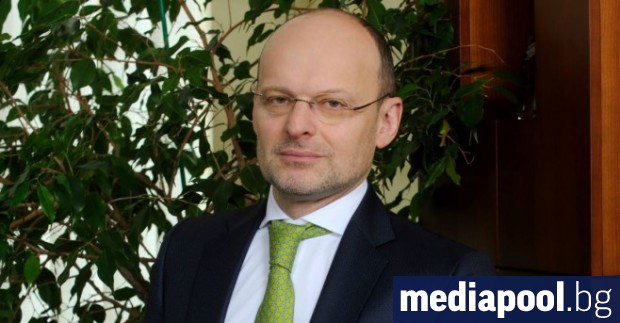 Hungarian Tamas Hak-Kovacs is the new Chairman of the Board of Directors and CEO of DSK Bank. He accepted the position of Violina Marinova, who decided to retire after the successful completion of DSK Bank’s integration with Expressbank and the end of her 50-year career with the bank.

After approval from the BNB, she became a member of the Supervisory Board of DSK Bank, the financial institution announced on Wednesday evening.

DSK Bank is the second largest in Bulgaria with assets of BGN 22.3 billion as of September 2020 and belongs to the OTP group. Precisely because of the size of its assets, it is also one of the five largest banks in the country, which are directly supervised by the ECB after Bulgaria’s entry into the ERM II currency mechanism.

Tamas Hak-Kovacs graduated from the University of Economics in Budapest with a Masters in Finance and Accounting. He has also studied at the University of Saarland, Saarbrücken, Germany, the University of Vienna, Austria and the International Institute for Management Development, Lausanne, Switzerland. He has been a Chartered Financial Analyst since 2004.

“It is our great pleasure to congratulate Tamas on this exciting new step in his career. Over the past 8 years he has proven his outstanding leadership qualities and outstanding professionalism as Chief Executive Officer and Chairman of the Board of Directors of OTP Ukraine Bank. We are confident that Tamas will continue the success of DSK Bank and further strengthen its position as the largest and strongest banking institution in the Bulgarian market. In the spirit of OTP’s shared values ​​and exceptional care for our customers and employees, Tamas and Violina will ensure a smooth transition in the coming weeks. ” Sandor Chani, Chairman and Chief Executive Officer of OTP Bank and Laszlo Benchik, Chairman of the Supervisory Board of DSK Bank, Deputy Chief Executive Officer and Chief Financial Officer and Strategic Director of OTP Group.

“On behalf of the entire management of OTP Bank, we would like to express our sincere thanks to Violina, who embodies the model of a successful career – started 50 years ago as a bank officer and held the position of CEO for the past 16 years. Years since DSK Bank joined of OTP Group, the bank is an example of good customer service, introduction of innovations, creation of added value for customers and one of the most attractive employers in the market.for this success story, including our latest achievement with the record fast and smooth integration of DSK Bank with Expressbank “, Sandor Chani and Laszlo Benchik point it out.

Did this article help you?

We will be happy if you support the electronic edition Mediapool.bg so that you can continue to rely on independent, professional and honest information analytics media.

Subscribe to the most important news, analysis and comments about the day’s events. The newsletter is sent to your e-mail address every day at 6 p.m.