Ralitsa Again: There are risks in the liability insurance sector 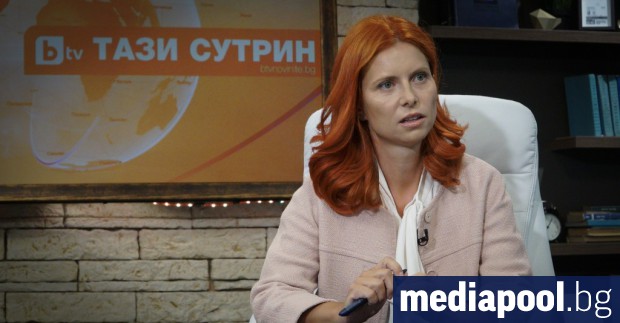 There are risks in civil liability insurance for motor vehicles that can lead to new market problems, but measures are proposed for them. This was already announced by former vice-chairman of the commission for financial supervision Ralitsa Again on Wednesday before bTV.

According to her, the risks are related to the costs of third-party insurances, which do not generate sufficient income. She did not mention specific companies that are risky because it is a professional secret, but in her words it is afraid to speak of a second company that is about to go bankrupt, as the opposition information quotes in today's "Trud" newspaper . .

"Last year, bonuses were not enough to compensate the payment of benefits, and the SCC also made a decision that would result in a high cost for insurers, and we demand an adequate pricing policy to address these issues," she said.

Upon resignation after the bankruptcy case in Florida, she said it was a personal choice to maintain her reputation. "Everything is possible within the committee's powers and mine is fulfilled, but the situation is escalating politically and I am aware that political decisions are also needed, which is my political response," she said.

Again, it is categorical that she was not in her power to go to the Prime Minister and the Minister of Finance and report on such matters. "The FSC is a collective body and has a chair," she said.

In their words, on 10 May, the reciprocal measures required by a European directive were imposed – to ban the conclusion of new contracts and a ban on the sale of assets of the Olympic branch in Bulgaria.

On the same day, these provisions were forwarded to the Guarantee Fund, the property register, announced on the website of the FSC, communicated to banks, in the commercial register and published in the Government Gazette.

"The FSC does not attract any filiaense, the license was taken in Cyprus, when that happened, on the same day, we put a ban on doing business in Bulgaria and alienating our assets." These are the powers of the Commission. not the possibility of other actions, "she said.

According to the former Vice-President, the committee should have been more active in revealing these facts, but that was the communication policy. "I do not have the right to make statements to the media, for me, in such a situation, information must be provided and as many people as possible," said again.

Information from me about policy expenses was not asked and I did not give it to the Prime Minister, she added.

The facts are that the average cost of this insurance for cars and freight up to 5 tons "Olympic" is higher than the average for the market last year. Until November 11 last year at an average market price of BGN 179 for "Olympic" BGN is 196.

The big loss was the 197,000 policy that ended on 17 August. Their losses would amount to 9,350,000 leva. These amounts must be reimbursed by the insurer in Cyprus, but this will be done in the liquidation procedure. The curator appointed in Cyprus will sell the property.

Damage caused to the victim will be paid by the Guarantee Fund, but then the fund will seek the money from the driver without a policy. The guilty leader is the ultimate payer, Again said.