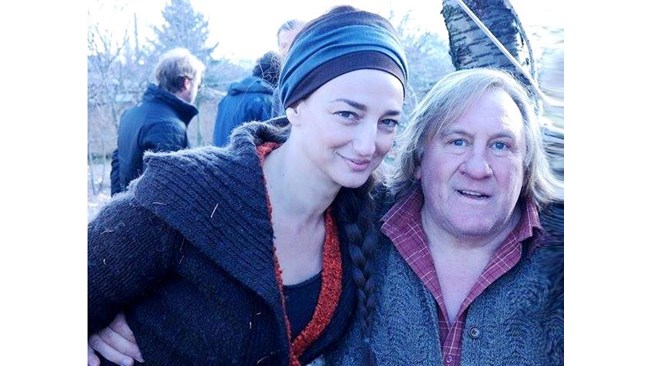 Grandpa Vanya lives in a small village where it seems to have stopped again. Although his family is around him, he is very lonely after the loss of his wife. To bring joy to the life of an older man, his relatives give him a pet that turns out to be a pig instead of a dog and is called Simpi. This is the story of the Mon Cochon et Moi film, with Desi Tenekedjieva and Gerard Depardieu, who recently won the RIIFF "Cinema without Borders" award – Rhode Island International Film Festival "In the United States.

The tape was recorded four years ago and in early August it was the premiere and it is exactly this forum in the US. The lists were made in the villages around Plovdiv and lasted about a month. On arrival Gerard Depardio had a problem with the documents and had to 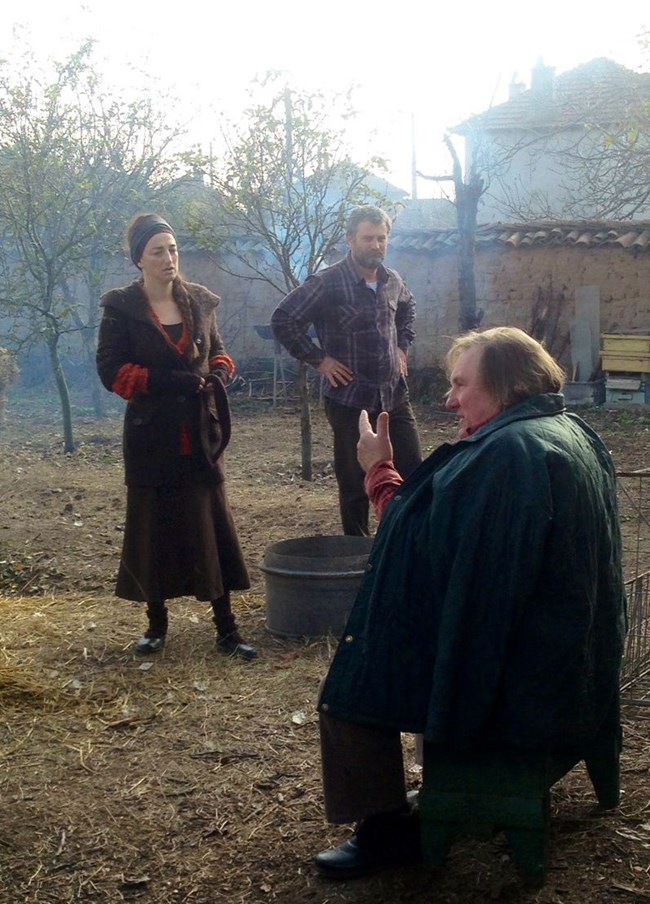 A frame from the film 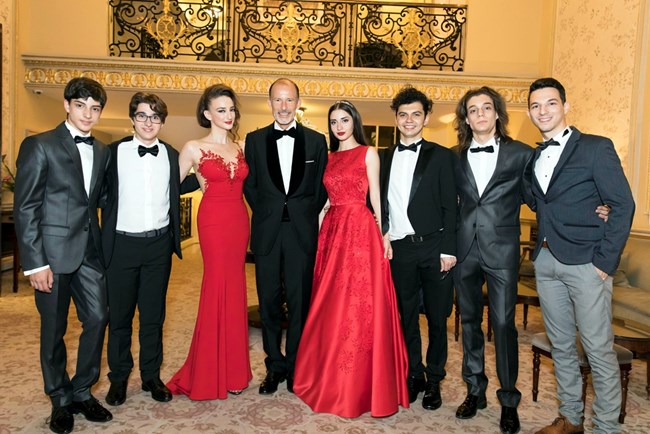 Desi and Prince Cyril with talents supported by the Stoyan Kambarev Foundation posed during the first ball in London. PHOTO & # 39; S: PERSONAL ARCHIVE

His Russian passport did not have a visa to enter Bulgaria and his French had expired, so he had to get a passport. "Regardless of how famous you are, they can not let you go without papers," says Desi Tenekedjieva, who welcomed the star with other team members.

In the film the role of grandfather Vanya is performed by Gerard Depardio, Desi is his daughter-in-law Nora. The organization around the photo 's is very fast and the two actors do not have time to get to know each other, she only signs her contract a month before the production starts, he arrives here and is directly on the set. They are housed in a hotel in Plovdiv, another is the rest of the international team. The project includes Bulgarians, Italians and Swiss, with communication in French, Italian, English and even Russian. "I am happy to speak all these languages ​​and have no communication problems, but at a certain point you are confused and turn to the Bulgarians in Italian, to the Italians in Russian …", Desi laughs. The film itself is recorded in French.

Gerard Depardieu has time to talk during lunch breaks. "He has a great sense of humor." What he says is that he is constantly drinking and inadequate is a complete shit. "He was an absolute professional in the field, very focused, knew his own words, he likes a bite. and it is obvious, then he was pretty busy, but he does not particularly like a female company when he eats, maybe he thinks that eating meat is more barbarous, "Desie laughs. He had no requirements for special food, he did not make a star, and among the people he shot and spoke to anyone who stopped him as a signature.

But the closest he came closer to the pig Gergana. Simpi's leading role was played by three different animals. The main participation was the 12-kilogram Gergana, who began to accept the whole team as a pet. Gerard Depardieu and Desi Tenekedjieva almost gave up the pork.

Working with a pig was a real adventure. Already in the first scene when Dessy & # 39; s filmmaker and children grandfather Vania gave his new pet gifts, the pig came out of their hands

and ran through the room, frightened by all these people gathered in the narrow space. It took a long time to catch and calm him. "The film is very funny if you have to define the genre, perhaps it is an absurdly romantic comedy," says the actress. Director and screenwriter of the band is Frank Dobrin, who explains that the story of the 70s of the last century can excite everyone, no matter where the world is.

"My role was very different and unusual for me – a mother and a housewife in whose hands the whole house is. Even my son Joseph, who had seen one of the first versions of the film, laughed that I had never been so. I had done a lot of housework, cooked for a month, bleached potatoes, cleaned me, metropolitan, chewed in the courtyard, fed the animals, collected straw and hay with the paddle, "says Desi Tenekedjieva. The European premiere of the film is yet to come, where she hopes to reunite the entire cast.

Meanwhile, the actress tries to combine several things at the same time. He has lived in London for almost three years, but is currently in Bulgaria. Makes a repair to his home in Varna, every night from 18 to 1 o'clock in the morning is on the spot. He also handles the organization of the second charity ball in London and tries to go on the beach for a while. On top of the photo, the phone broke and the car clutch was broken. "It's all over my head in a very short time," she says.

After the successful first ball in London in the Stoyan Kambarev Foundation in the summer of last year, the second edition will take place on November 18th in the legendary Cafe de Paris. He will again be under the patronage of Prince Cyril and his organization on the English side will help Diva Events London. The organization is quite heavy and includes her friends. The craft is strictly official, the guests are only people to whom a special invitation has been made, including representatives of business elite, royal families, ambassadors and successful Bulgarians living in the UK. There will also be a few from our country to attend the event. It starts with a reception, follows a dinner with a four-course menu, a concert of musicians supported by the foundation and ends with an auction of works of young talent, last night the star of the evening was a photo of Svetlin Rusev, with whom Desi is very close used to be.

she says. There were items from popular Bulgarians – tennis racket by Grigor Dimitrov, ball by Hristo Stoichkov, a t-shirt by Berbatov.

She is about to shoot herself at a crime scene that is an international project and the actress is a co-producer.

At the moment he is actively working on something completely different with the operator Joro Markov – he is making a documentary about the 60th anniversary of the establishment of the copper factory Aurubis Bulgaria in Pirdop.

"This is one of the leaders in copper production in the world and the largest taxpayer in Bulgaria, with nearly a tenth of our country's exports coming from this company – unknown facts to the general public. technology and all the internal processes of this unique plant touched, as well as the many human destinies that accompanied it during these 60 years.Amazing footprints, especially with a dron.The chimney of the plant is the highest in the Balkans, 325 meters long. You feel so small underneath him ", says Desi. The original idea was that the film lasted 15 minutes, but it turned out that they could not fit in and doubled by inserting gaming elements.