They beat the supergrid for illegal cigarettes – 5 factories with fitness and drones sensors, workers – like slaves (Obzor) 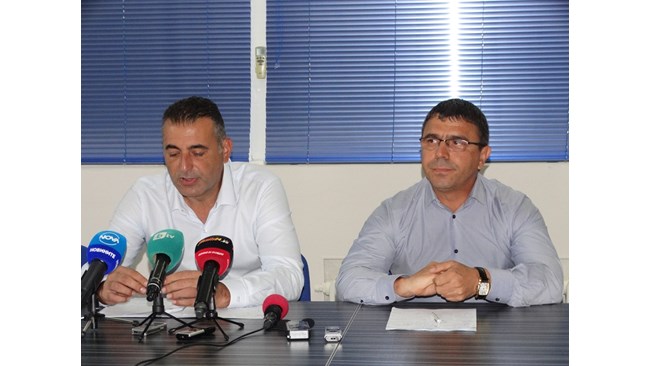 The stores work around the clock, are equipped with bedrooms and tennis

The staff was transported in complete conspiracy with an escort car

Four ultramodern work factories for illegal cigarettes and one for commissioning were unveiled after the action of the Plovdiv police and the public prosecutor's office.

Two of the facilities are in the region of Dupnitsa, one in Tutrakan and two in Gorna Oryahovitsa. 23 people are charged with keeping and selling excise goods without excise labels. 19 are released in custody and 4 under a financial guarantee. Four more were announced for a survey throughout the state.

The broken companies are

The whole technique of secret products, 11 trucks, 10 cars, as well as forklift trucks and billets was confiscated.

This was announced by the Regional Prosecutor of Plovdiv Rumen Popov during an extraordinary briefing. According to him, the illegal factories have come to investigate money laundering that began in the city 2 years ago.

Then, in the area of ​​the Economic Police, there are two residents who live in the country without official income. Due to an information leak, however, the preliminary investigation has become blurred.

At the beginning of this year was renewed after the two men in question got luxury cars. It turned out to be related to non-smoking cigarettes. They are among the arrested.

They not only dealt with the logistics of illegal production, but also worked on a production line.

On Thursday, Friday, when the police operation was launched, they were committed

The factory was first established in Tutrakan, and then the rest. In the Pazardzhik village of Kalugerovo the police found expensive cutting equipment for tobacco.

"From Kalugerovo, the illegal factories supplied the necessary quantities of raw materials for cigarettes, because their production volumes were huge," said Prosecutor Rumen Popov. Every company has stoked 100,000 boxes per day and made 200 master boxes. In 2-3 days the production was exported and sold at home and abroad.

In the secret factory in Tutrakan cigarettes were made "Eva Slims", in Gorna Oryahovitsa – "Kapital" and in Dupnitsa "May Flauer" and "Marble". However, searches have found materials and empty spots for other brands.

13.5 million filters were found in one of the companies, with 675 thousand cigarettes in a week.

It has been found,

that the printing press

Her owner is between the arrested. There are also three landfills for storing the goods.

The four factories worked 24 hours a day for 15 days a month. The staff spent nights in the halls. Two of the facilities had 10 bedrooms and 12 bathrooms, as well as fitness, tennis, restaurants and chefs on site.

Employees were not allowed to go out. People have left their phones at home with them.

"The transportation of laborers is carried out in a large conspiracy, in three phases, so they do not know where they are going.For the vehicles there was the so-called ride – a car that the police had to follow, & # 39; noticed Roumen Popov on.

The employees were not local. Among them were foreigners. Employees received 1500 leva in two weeks. They have so much time to rest.

All secret companies were housed in remote buildings that were tinted glass. The properties have huge yards of 2-2.5 decares.

One of the two factories in Dupnitza performed in a former barracks. One in Tutrakan has worked in the canning factory of a bankrupt factory.

In Gorna Oryahovitsa is used for the construction of non-working brick. The owners of the buildings whose names were not made public because of the research secret were established. District prosecutor Rumen Popov denied that the factories were in the hands of the same people.

However, researchers collected evidence from an organized criminal group. The factories are equipped with surveillance systems. Some had modern sensors that could even detect a drone at a distance of 200 meters.

"In the course of the action we opened a room in Pleven with two cars, one with non-smoking cigarettes", pointed the head of the Plovdiv police Atanas Ilkov. He specified that in Gorna Oryahovitsa next to the working factory would be released a few days ago.

According to him, the four companies are

and the brains of the scheme have achieved huge gains.

"The charge filed to 23 for holding excise goods without excise duty labels provides for 2 to 8 years' imprisonment," said the supervisory prosecutor in the Georgi Geshev case. According to him and the district auditor Rumen Popov, the legislation has to be changed, because the production of illegal cigarettes is not punishable.

You have to be caught on the spot with ready-to-use products to get a refund.

"There is a text in the Criminal Code to organize, direct or fund a criminal group for drugs, but not cigarettes," Geshev added.

Special intelligence tools were used to destroy the factories, the researchers said. There are indications for money laundering. Checks on real estate and transactions.