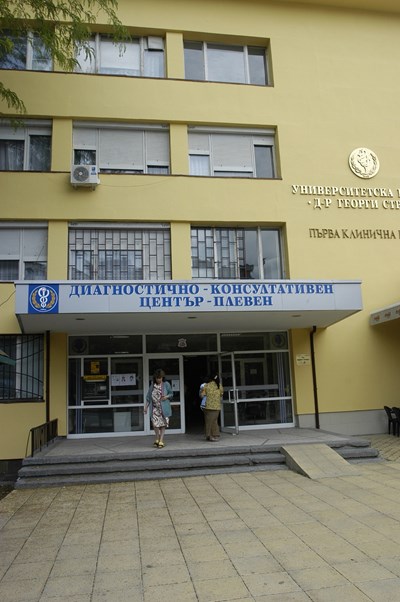 5 hours of doctors in Dr. Pleven hospital. Georgi Stranski have fought for the life of the mother

is only done as a last resort,

The medical audit found shortcomings in the preliminary assessment by an anesthetist at a check-up in the hospital of Pleven for the death of the 38-year-old Margarita. At the end of July she died in a planned caesarean section and did not see her newborn son.

One day before the operation, an anesthetist had a pre-operative consultation with the mother, but

he did not do it

and mobility of the cervical area of ​​the spine (upper spine, bp), says the report of the inspectors.

Anatomical features in the oral cavity, however, have led to the failure to perform cognitive endotracheal intubation (breathing through a special tube that ensures a normal passage of the airways), writes in the report.

"The examination of the oral cavity and the cervical spine is formal and even to do, the risk of fatal outcome persists." There are anatomical features in every woman in the womb, "anesthetist specialists tell 24 hours ago.

Whether the preliminary assessment could determine this and why a complete anesthetic was not clear.

Complete anesthesia in nursing mothers is finished, but is not recommended because the risk is high, experts are categorical.

Spinal anesthesia is usually applied to cesareas. This is partial anesthesia and only a certain part of the body is painful and the patient remains alert. However, if a full anesthetic is made, it must have a certain condition or situation to impose it, or if it is desired by the woman who needs to be informed about the risks, the anesthetists have explained.

According to the audit report, the birth is planned to be performed under general anesthesia, at the discretion of the anesthetist and at the request of the patient.

"The team switched to manual exhalation and during this period increased airway resistance, severe bronchospasm and hypotension (low blood pressure) were observed.

on the wife's birthday

leading to prenatal suffering and to the fetus, "the inspectors said, and the resuscitation of the physicians at the Clinic for Obstetrics and Gynecology lasted from 9 am to 2 pm, after which it was decided to stop them because of irreversible heart and vascular weakness, according to the document .

The results of the inspection are given to the public prosecutor and sanctions are imposed on the medical staff, said the Ministry of Health.

In addition, the Medical Audit Executive Agency has issued a recommendation to the Pleven hospital to develop and implement a written risk assessment procedure for the implementation of endotracheal intubation before September 30th.

Doctors from the hospital: We give within a month an algorithm for evaluation intubation risk

We are familiar with the opinion of the Ministry of Health about the death of the 38-year-old Margarita who died at the University Hospital in Pleven with a planned cesium on 26 July. I do not have the right to comment on the conclusions of the experts who say there are disruptions in the diagnostic and healing process. I can not comment on the suspicion of a problem with the anesthesia of the anesthetist.

Doctors are also forbidden to speak because there is a preliminary investigation and the hospital is a party.

This was what Momtchil Tzvetkov, the spokesperson for the hospital, told 24 hours a day.

He added that the Ministry of Health had made recommendations to UMHAT-Pleven to develop a written procedure for risk assessment of endotracheal intubation.

This algorithm will be made within the 30 September deadline, Tsatarkov said.