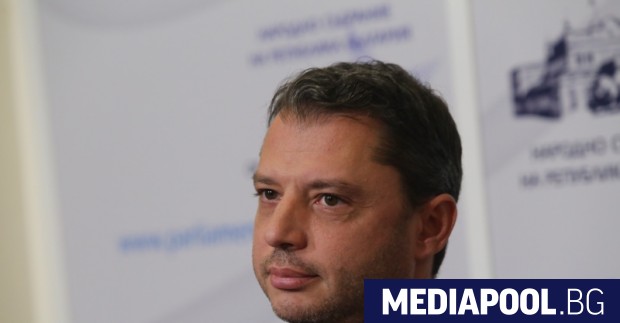 The eventual merger of the Kozloduy NPP and the Maritza East 2 TPP power plant could lead to significant cost reductions and to offering more flexible products on the market. This is what the chairman of the parliamentary energy committee and former energy minister Delyan Dobrev of GERB told the Bulgarian national radio on Sunday about a similar idea, that ABV announced earlier that it was launched at the Ministry of Energy.

According to Mediapool, this option was considered by the Temenujka Petkova working group for the stabilization of the coal-fired plant, which ended with a six-month high loss. The company increased the negative result of BGN 37.75 million in the first six months of 2017 to minus BGN 122.38 million. The reason for this is the drastic appreciation of the greenhouse gas emissions that the plant has to purchase in the economy of the EU. parameters. However, they continue to grow and the expectation is that this will lead to the massive loss of BGN 300 million for the coal-fired power station by the end of 2018. Therefore, the idea to unite the most profitable state-owned power company Kozloduy NPP is excellent profit growth of up to 99 million BGN for the first half of the year.

"The proposal is outrageous because it is able to ruin one of the strongest energy companies in Europe in economic and financial terms – the Kozloduy nuclear power plant," said ABN leader Rumen Petkov a week ago.

According to Delyan Dobrev, however, the idea is not devoid of any logic.

"Hypothetically, from one group of experts, it can enable the two power plants to offer much more flexible products." If they trade their electricity with each other, they will be able to achieve much better results, and they can have achieved significant cost savings, "said the MP.

He added that merging companies can lead to significant cost savings for executives, and one, instead of two, commercial departments that can play on the power exchange and offer a better set of products. Dobrev gave an example of how the Kozloduy nuclear power plant currently stops its two units once a year for planned repairs, and at these moments there is a certain gap in the supply of electricity.

The Chairman of the Energy Committee gave an explanation of the technical discussions between Bulgaria and Gazprom, which started last Thursday, to renegotiate the gas supply in Bulgaria. According to him, no concrete results can be expected from the first meeting and he said that in order to achieve this, the Minister for Energy should be involved in the discussions. He gave an example of how he, as minister, participated several times in negotiations with Gazprom about reducing gas prices in 2012 by 22 percent.

Dobrev also said that he would not harm the government's negotiating position with Gazprom by commenting on what the price cuts could be as a result of the anti-monopoly agreement between the Russian concern and Brussels, not to impose billions of Gazprom penalties to abuse of a dominant position in eight EU countries, including Bulgaria. He added that he did not believe that the other injured parties had closed talks with Gazprom to indicate how much they had lowered their prices and made a comparison. He also pointed out that these parameters usually remain a trade secret.

The Chairman of the Energy Parliamentary Committee commented on the latest legislative changes adopted in recent days, according to which the energy regulator will ultimately decide on deals with the assets of companies from the distribution and supply of gas and electricity.

"The KEVR and the first to pronounce if it does not agree with the deal can not be done, that is, whether it is the first or the last, there is no special difference." The change in the text was necessary because the member voted in the summer, the powers of the regulator did not determine when it had to decide, and we already have a say in the other regulators, and we have just indicated in the text at what point the KEVF must pronounce, "he explained

Dobrev also indicated that he expects the United Patriots or the BSP to develop and implement the criteria on which the Energy and Water Regulation Committee should analyze such a deal and declare whether it approves it or not. The reason for this is that this authority is requested from them, and GERB only supported it without any other commitments.

"We are not working in that direction because it was not our initiative right away, but otherwise this text will allow the regulator to define them without any criteria, which I'm not sure is the best option," he said. .

The GERB Member of Parliament has rejected the BSP statements that we have seen a radically new political situation in parliament since Friday, when the MRF set up a quorum for the meeting in exchange for dropping the proposed changes to the Territorial Planning Act.

"This is not even logical, because you can not vote on the point if you have not registered before, that is to say that these two actions are in the opposite order: first sign up and then vote on the agenda, that is to say the debate what point to enter and what to do after registration If you look at the number of registered MPs, GERB and the United Patriots with our colleagues from the Voice, we had enough votes and we did not do the registration The MRF is required to start a working day, only the MRF saw that they would have a working day and decided to register, in contrast to the BSP, in order to say that the work of the parliament is dependent on the registration of the MRF are simply frivolous, "Dobrev said.