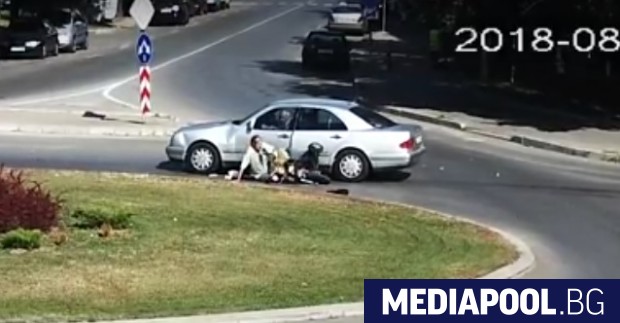 Chief prosecutor Sotir Tsatsarov himself reported and ordered the Public Prosecutor in Haskovo to investigate the incident with the cooperation of the father of President Rumen Radev – Georgi Radev. This was announced Saturday by Catsarov & # 39; s spokesman Rumyana Arnaudova.

At the same time, Minister of Internal Affairs Rumen Radev has ordered an internal check on the actions of the police in Harmanli in the case.

The prosecution will check for traffic violations and for crimes committed by police officers. If the injured person only sustains physical injury, Georgi Radev has committed only an administrative offense.

"But we have to figure out these facts," said Arnaudova, quoted by FOCUS News Agency.

The prosecutor's office will investigate whether the police officers have fulfilled their official duties to determine the disaster, to identify a particular fault and to comply with the legal requirements for penalizing the guilty director.

"Today, the colleagues from Haskovo will go to the site and take over all the documentation that is present in the Harmanli district office because nothing of what we learn in the media today has been reported to the prosecutor," said prosecutor Arnaudova.

Participation in traffic accidents The 81-year-old Georgi Radev will be the morning of 17 August. The crash is at a roundabout in Harmanli, but it was only on Saturday.

In the accident, a man was injured in a motorized tricycle wheelchair. The video, uploaded in "Yutub", shows that the wheelchair has entered the circular motion and enjoys the advantage when it is hit by an old "Mercedes" from Radev. The crash is 1:40 min on the clip.

Rumiana Arnaudova told bTV that the police in Harmanli wrote a violation of human rights in the wheelchair for the traffic accident involving the father of President Georgi Radev. She added that the document had the name Georgi Radev. In her words, the case is a precedent because the Prosecution was not informed, but a week later learned about the media incident.

Due to the fact that the incident was eight days late, there was a suspicion that the police had tried to cover up the case. The Presidency noted that the institution had no influence on the Ministry of the Interior and mentioned the allegations of pressure on police speculation.

The head of the regional directorate of the Ministry of Interior in Haskovo, Angel Tsankov, said his accident had been reported but was not reported in the poll because he was not injured in the accident, Haskovo.net writes.