bulgaria September 30, 2018 bulgaria, Nation Comments Off on Tsvetanov with a post in all EU parliaments 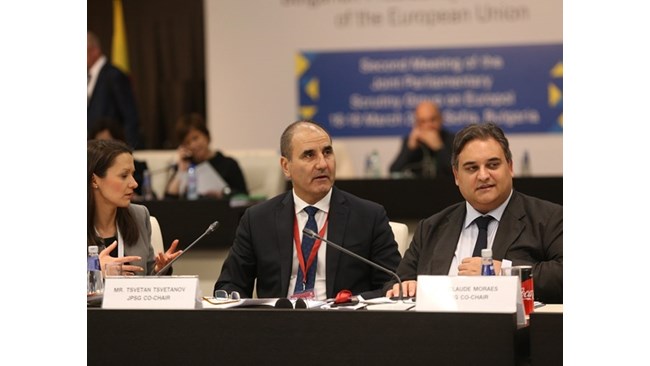 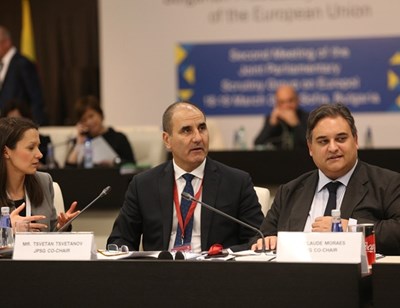 Tsvetan Tsvetanov and the LIBE chief of the EP, Claude Morales, during the Europol summit on 19 March in Sofia, where a compromise was described as historic.

It will implement the links and coordination between them, the EP and Europol on all topics of general interest

The chairman of the parliamentary security committee and GERB deputy head Tsvetan Tsvetanov became the first person to coordinate communication between the European Parliament (EP), the national parliaments of the Member States and Europol. As such, he joins the Executive Board of the Office.

So far there was no such position, they explained in "24 hours" from Brussels. Impressed by the diplomacy with which Tsvetanov secured a united position of all member states on the rules of parliamentary control over Europol during a forum under the Bulgarian Presidency of the Council of the EU, the agency found it useful to be the leader of the parliamentary group. GERB and a former Minister of the Interior of the first cabinet of Boyko Borisov.

Prior to the meeting at the highest level in the National Palace of Culture, there were 9 member states. None of those present on the forum hope that the rules for joint parliamentary oversight of Europol's work can be accepted at all.

However, Tsvetanov did not refuse to negotiate – land by country, even until the evening before the meeting when the participants had already landed and were on their way to their hotels for the forum the next day. And quite unexpectedly, the opening of the march on March 19 in the audience that the consensus was reached. Even the chairman of the LIBE committee of the European Parliament (civil liberties, justice and home affairs), the Englishman Claude Moraes, was impressed. And the participants at the Europol summit called the compromise "historic". The head of the internal committee of the Bulgarian parliament then thanked the former CEO Rob Wainwright, and acting Catherine de Bol, who took office on 1 May.

The work of Tsvetanov with Europol, although structured as a permanent post, will be free. It will rely on coordination and links between national parliaments and the EP on all important issues affecting the security of the community.

Tsvetan Tsvetanov and the LIBE chief of the EP, Claude Morales, during the Europol summit on 19 March in Sofia, where a compromise was described as historic.