VMRO and Attack want an annex to the treaty with Macedonia: Do not Assign History – Bulgaria 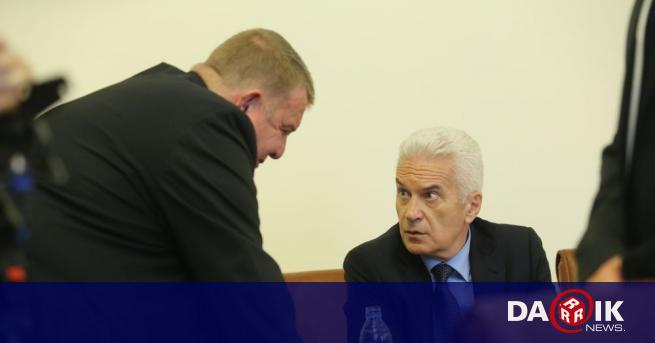 
VMRO and Attack want an annex to the treaty with Macedonia: do not assign history

VMRO and Attack want an annex to the treaty with Macedonia: do not assign history

One year after the signing of the Neighborhood and Friendship Agreement with the Republic of Macedonia, part of the government in Sofia requested an annex to the document. It must oblige our Western neighbor to refrain from speculation and attempts to apply historical events and personalities. If this condition is not met, Bulgaria may reconsider its support for Macedonia's membership of the EU.

Ataka leader and co-chairman of United Patriots Volen Siderov presented his idea to journalists and explained that he had already prepared the contents of the annex. This happens days after the Prime Minister of the Republic of Macedonia Zoran Zaev announced in the social networks that the Macedonian language will become official in the EU and will be recognized by the 500 million people living in the community. They also responded to Zaev's statement by VMRO, who are also part of the government. The Bulgarians will not understand these daily teas with history, and they will have the last word on Macedonia's EU membership, according to the party in its position.

The neighborhood agreement with Macedonia has entered into force

The agreement between Bulgaria and the Republic of Macedonia on neighborhood and friendship allows additions and annexes, according to Volen Siderov. He said that he would submit his proposal as a draft in parliament, with which MEPs would oblige the government to sign such an annex to the treaty.

Siderov explained what is said in the appendix: "It is generally said that Macedonia will refrain from speculation, attempts to obscure and embrace the latest historical events or personalities: rulers of the first Bulgarian empire of King Krum to Tsar Vladislav (deliberately I say a king because there are no inns), all historical personalities associated with the national liberation struggle, etc., All historical events related to this era, that is to say, we have a detailed and concrete instruction to stop the Macedonian party with free explanations, it influences our history and dissatisfaction. "

The National Assembly has ratified the friendship agreement with Macedonia

Macedonia has ratified the Neighborhood Convention with Bulgaria

The Macedonian Prime Minister Zoran Zaev has written in his Facebook account that Macedonian will be an official language in the European Union. By joining the EU, all official relations between the Republic of Macedonia and EU members will be led and translated into Macedonian as official and recognized on a territory with 500 million inhabitants, says Zaev.

The treaty between Bulgaria and the Republic of Macedonia is signed in the official languages ​​of the two countries. And from the day that it became clear that there would be a treaty, the declarations of the representatives of the Republic of Macedonia were translated at press conferences. According to Volen Siderov we have not acknowledged the existence of the Macedonian language: "You know that the treaty with Macedonia itself was disputed in Bulgaria, it was greeted by many people with dissatisfaction that we almost agree that Macedonia already has the Macedonian language used and that we accept it It is important and good that what has evolved and what has been the first time in many years, but Macedonia must know that we set this condition, this annex and if they disagree with him, To think of Bulgaria for support for the EU ".

Zaev: Has not Europe seen how Bulgaria is helping Macedonia to get closer to the EU?

A position on the words of Zoran Zaev came out with VMRO. Our ancestors and we have never made a difference between the words Macedonian and Bulgarian – these are two names for the same thing. This language is also part of our common history, according to the Ministry of Foreign Affairs. The party, also part of the ruling coalition, also said that they understood the delicate situation of Zaev for the upcoming referendum on the name of the Republic of Macedonia. He will have to win public opinion not only in Macedonia but also in Bulgaria. Bulgarians support Macedonia on their way to NATO and the EU, but they will barely understand these daily teas with history. And we, the Bulgarians, will have the last word when Macedonia is at the door of the EU, "said VMRO.