After the "Levski" battle, the boss of Loko (PD) will shake "Liverpool" 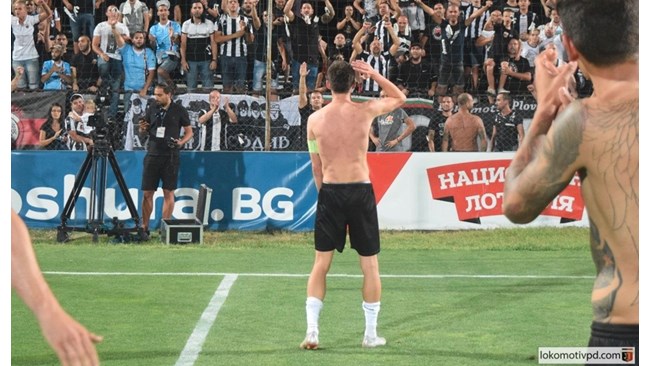 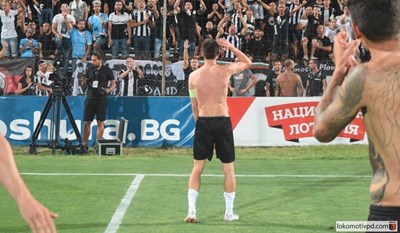 Lokomotive (GP) captain Birsset Karaghren is on his way to the team after the victory over Levski. Photo: facebook facebook (ps)

The owner of Loko (Hristo Krusharsky) has long been a trademark for cult commentaries in Bulgarian football.

After the victory of 1-0 on Levski's Lauta, the boss hastened to remind himself of himself and react so kindly to the disposable glove of Valery Bozhinov. After his return to our championship with the team from Botev, the striker has already reported a few flashes.

"You have not understood that I am defeating who I want and do what I want for these 4 years since I came in. We fight when I'm on the go and whenever I want, when Liverpool comes, we'll scream," Krusharsky said after his team the series stopped without losing Levski in the First Professional League and taking him from the top.

Before the visit to Plovdiv, the Sofia residents had 6 victories and 1 draw. Their new coach, Slavisa Stojanovic, had 5 wins in a row.

"Relax, do not be in a hurry, there are about 30 games left, let's go a dozen more and explain what's going to happen I did not say anything to the guys in the locker room Where's the money for bonuses, I do not have a print shop I am preparing to do stadiums, playgrounds, and the municipality promised me to release my hands within 20 days to untie mine, the boys have nothing, there is only health, "continued Krusharsky. typical style.

His mood was also due to the fact that Loko won two of the so-called leading teams in the Bulgarian championship. Before "Levski" the "black and white" hit 1: 0 and "Ludogorets", and in Razgrad.

With the same result Lokko won the Plovdiv derby against Botev in Komatevo, so it is understandable that Krusharsky is in excellent shape.

In the next round, the team visits "Septemvri" in Sofia.