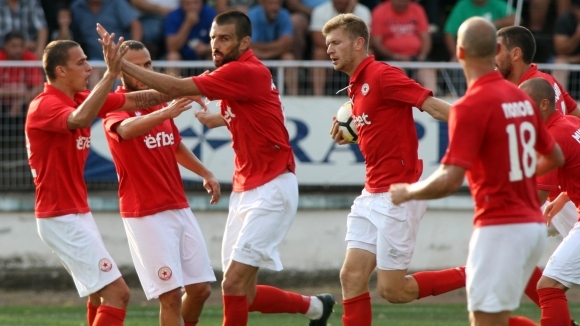 The glory of Strum and CSKA 1948 played a very intriguing game from the fifth round of the Second Division, which after many turns, strong clashes and a defeated goal in the final seconds 4: 3 ended in favor of the red.

The guests found the result in the 6th minute via Andon Gushterov, but 180 seconds later, Hristo Kirev equalized. In the 19th minute the hosts made a complete turn after a strike by Borislav Nikolov. CSKA 1948 equalized with Diane Dimov in the 30th minute and in the 2: 2 draw the first part was completed. In the 59th minute Petko Petkov scored a third goal for Sofia-players, but in the 84th minute Petar Genchev scored his own goal for a new draw.

This was the 91st minute in which Svetoslav Dikov brought the victory of CSKA 1948, realizing a penalty for the last 4: 3.

This was the debut of the new red coach Petko Petkov and after his success the team moved the Struma-glory of the second place in the rankings. 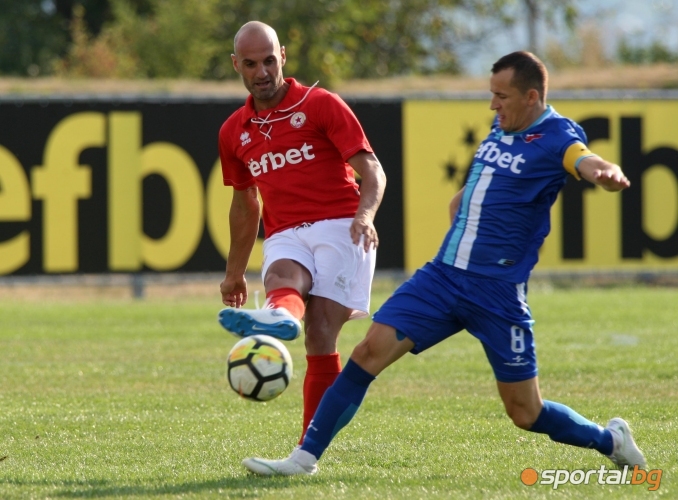 The game began to wriggle for the reds that found the result in the 6th minute. Svetoslav Dikov led Andon Gushterov only against the goalkeeper and the second realized. Only 180 seconds later, however, the hosts leveled. This was Kirev, who scored just after a centering to the right.

In the 19th minute, Strum glory made a complete turn by Nikolov, who scored with a head and found an error. After half an hour CSKA scored 1948 a second goal. His author became Diyan Dimov. The former Dunav kapinut used Tomislav Pavlov to make the corner, the hosts could not clear the ball and the midfielder sent the ball to their gate for 2: 2.

By the end of the break, which was nervous and with fairly rough intakes, there were no more goals and it ended at 2: 2.

At the beginning of the second half, the two coaches made a total of three teams – two were the guests and the hosts. These changes turned out to be the key words, as one of the guests' reserves, Petko Petkov, brought them back. 59 minutes into the match, Svetoslav Dikov took the ball with his chest and Taran scored with a shot from the limit of the small streamer.

77 minutes into the match, the Radomir team was able to finish when Kirev Nikolov was alone outplayed without a guard, but the shot from the second caught the left side member of the goal. Still, the hosts came to an equalizer in the 84th minute when Peter Genchev scored a breathtaking goal. The defender could not clear the ball and Volfov, who broke with her, made a mistake and she went into his net for 3: 3.