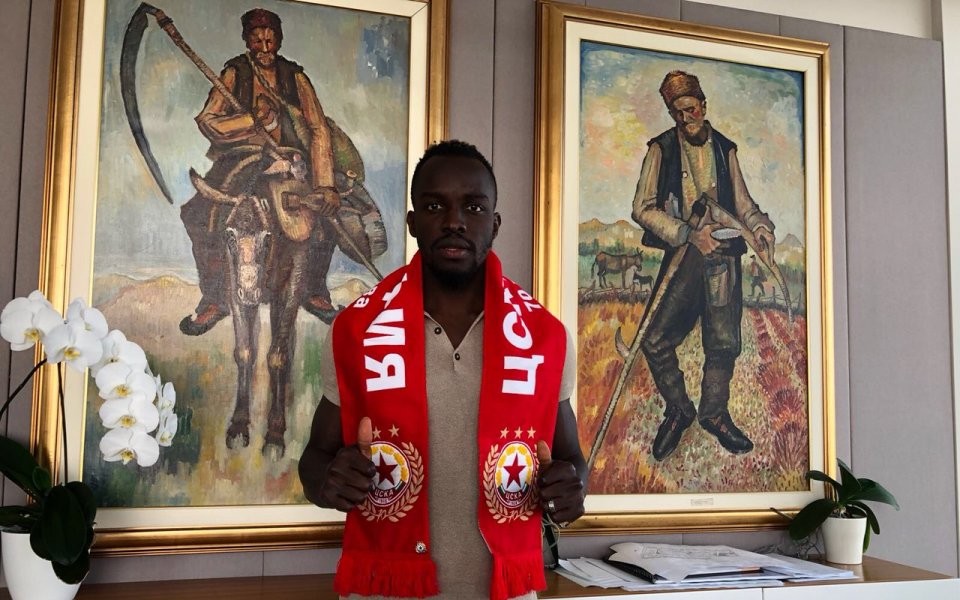 Attacker Ali Sow signed a contract and is now a CSKA footballer. He arrives at the rental team of the Italian Chievo Verona. The player's contract runs until the end of the season and on his official site the "Reds" specifies that he chose CSKA "for serious offers from other foreign clubs."

Sow was born on 14 June 1994 in Gambia. Since 2012 he has been a footballer of Kievo and he has been successively transferred to Juve Stabija, Pescara, Latina, Modena, Lecce, Prato, Vibonase and Skenderdew.

In the past season he played for Albanian Skenderdeu, he became champion of the team and he won the 21st Goalscorer prize in the championship. In addition, Ali Sow scored 5 goals in the Albanian Cup and 2 European tours against Young Boys and Dinamo Kiev.

The 185-centimeter striker will hold a first training session tonight with the Pancharevo base team.