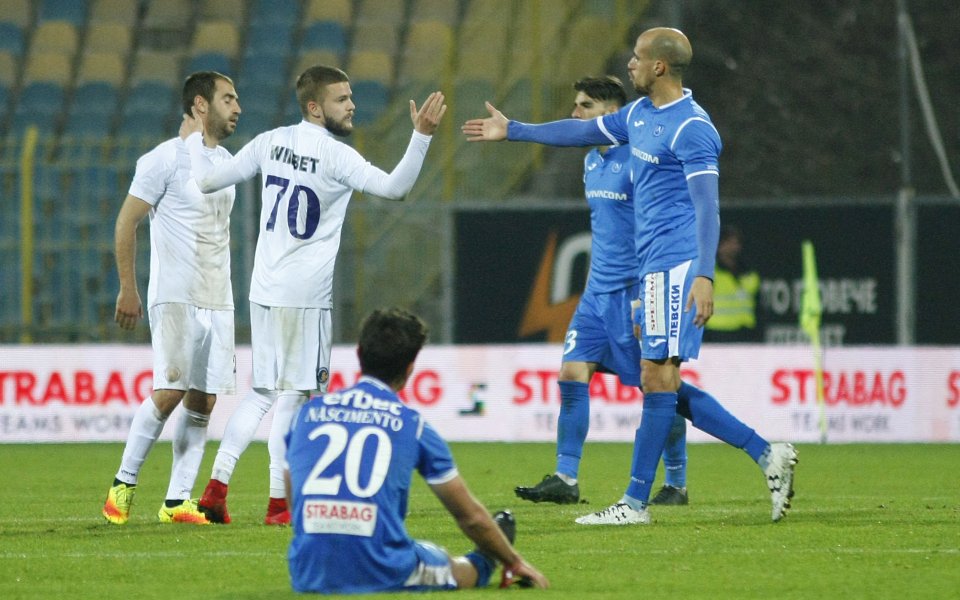 The leader in the Levski ranking prepares for a visit to Veliko Tarnovo in a race of the 6th round of the First Division. The duel Eter – Levski is on Saturday, August 25 at 6.45 pm.

You can play matches a minute in GONG.BG. You can also watch it on PLAY DIEMA Xtra and on DIEMA SPORT, and watch it on Darik Radio.

Three games and three wins are the & # 39; blue & # 39; assets under the leadership of the new coach Slavisa Stojanovic. Levski has 13 points ahead and still has no defeat. Paulinho recovered and fought for the game and Yablonski continues to prepare for an individual program.

Etter is 12th in the standings with 4 points and only one win at the moment, and for 28 years the team has not beaten Levski.

Krassimir Balakov promised that the team would look for opportunities. "Let the players give everything to themselves and fans of football, a dynamic, beautiful match and eventually win football," said Balakov on the eve of the collision.

Veliko Turnovo continues to defend the problems, while the stadium is expected to have around 8000 spectators for the Levski match.

We also offer some interesting facts:

– If he gets a yellow card, the defender of Eter Krum Stoyanov (the only one in the league with 4 official warnings) becomes the first footballer in the season, punished for collected cards.

– Slavia Stojanovic started as the last foreign coach of the blue Delio Rossi – with 3 wins in his first 3 games at the head of the team. The Italian victory class was then stopped with 0: 0 against Ludogorets. The best start with Levski on a foreigner is the 7 consecutive wins of Slavlavub Mousseline from 16 March to 24 April 2002.

– Martin Polachek debuted with 3 dry nets on the "blue" door in the first 5 rounds, only two others in his post did the same: Cherniyaskas (CSKA) and Lukov (Loko Pd).

– Levski leader is the team in the league, which has not lost 2: 3 against CSKA in the penultimate round of last season since May 15th.