An unbeatable experience at Rebel Food and Drink 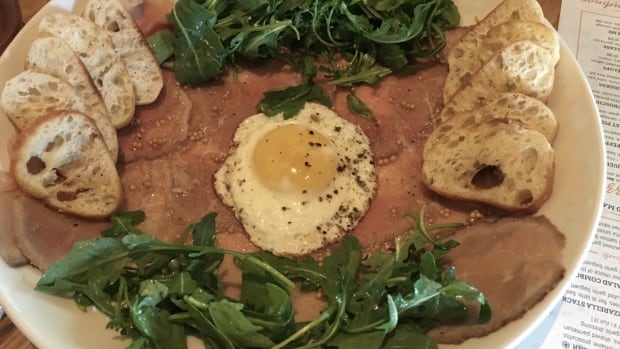 The interior of Rebel Food and Drink is shiny and new, the location is one of the most sought-after in Edmonton, and the owner, Chris Lachance of the Century Hospitality Group, is no stranger to the culinary landscape.

He has been working on this for almost two decades and has six other restaurants in the CHG fold.

So, how could a dining experience in his newest restaurant go so terribly wrong?

Rebel opened at the location where Piccolino Bistro, a neighborhood favorite, worked for more than 15 years, until it was closed in July 2017 because of a cockroach contamination.

The Century Hospitality Group took over and did a complete renovation of the space to open Rebel six months later.

Rebels offer, except for four salads, carbohydrates and calories laden, which seems to be the way of new restaurants in this year's Edmonton food scene.

The service during my first official visit of this month was exceptional. Our server, Jordan, was cheerful, energetic and pleasant. Every lack of knowledge was quickly remedied by making a trip to the kitchen to talk with the chief.

Unfortunately, the chef and the entire kitchen staff abandoned her in every way possible.

Despite his grotesque appearance, I managed a bite, although I struggled to swallow it. – Twyla Campbell

It started with the wagyu carpaccio, which should be a tempting arrangement of raw, rich beef sprinkled with lemon juice or vinegar and oil and shavings of Parmesan cheese or pecorino.

What was delivered was a plate of greyish beige meat garnished with an overcooked egg and flanked by insanely salty, over-oiled arugula.

The color of the meat, we were told, was because it was Wagyu, and that is what Wagyu looks like because of all that murmur and how it came to be, the chef explained.

Wagyu, which translates to Japanese cow in English, or any cow, does not really look – or more importantly – gray when it is presented as carpaccio (or in whatever style).

When asked where the wagyu comes from, the chef informed the server that it came from GFS, which is technically correct, I assume. But I hoped for the name of the farm and not for the grocery distributor who supplies the meat together with other supplies for the kitchen.

The dish was a disaster, clear and simple, and despite its grotesque appearance, I managed to eat a bite, although I had difficulty swallowing it.

The dish was sent back and replaced by lobster rolls, which did hardly any better. 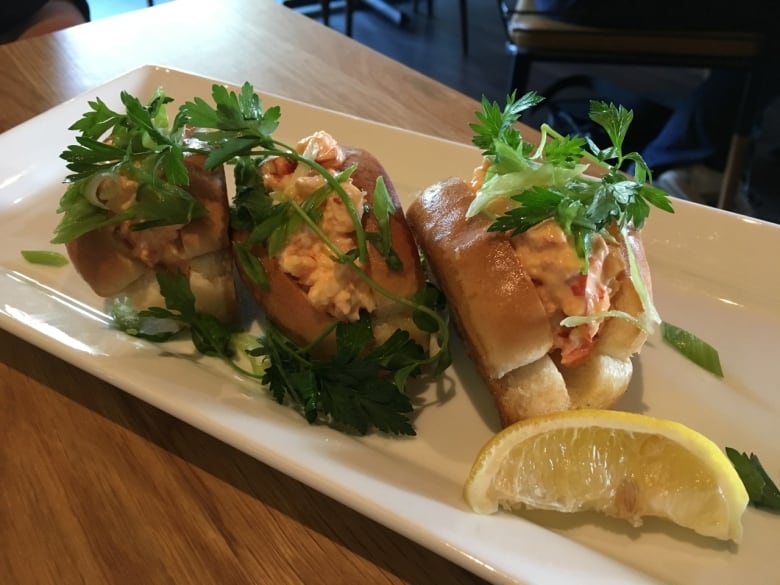 The lobster rolls at Rebel were also a disappointment, says Campbell. (Twyla Campbell)

It was difficult to decipher what exactly was in the crustacean and shellfish mixture. The overworked red hued mush tasted of salt and chilli, and not much else. At $ 19 for three mini sourdough rolls that is a hefty price for an aperitif, especially an unsatisfactory one.

We then lost faith to our pipes to save the experience, and we were right.

Against better judgment, I went with the gnocchi that came in a large bowl of sautéed wild mushrooms, tomatoes, more rocket and herbs.

I managed to spear through two of the gum-like dumplings and finally chew before I gave up and returned it to the kitchen, just like the carpaccio.

At the defeat, I prepared a portion of the Margherita pizza from my dinner companion that she wanted to give up. I could hardly blame her; the dough had a uniform outline, color and thickness, which made it look more on the shop floor than in the house.

It lacked flavor and was covered with a dull sauce, soft cheese but a generous amount of fresh basil that, with nothing to balance or contrast, resulted in a predominantly overly sharp taste of peppery anise.

It is the type of pizza (minus the fresh basil) that you would feed to a picky child in a food court.

The description of two potato patties, topped with classic American cheese, "all groceries", plus caramelized onions and mayo on a brioche bun made the CHZ BRGR sound too attractive to resist. offer.

As I struggled to swallow gray meat and rubbergnocchi, I convinced myself to return the next day to give Rebel another chance.

I was surprised, as everyone, that it turned out to be a seriously good citizen.

The meat was not over-the-ground or too salty and although it was cooked until far past medium, still preserved a respectable amount of juice and flavor.

Two thick pastries and all toppings made for a good hamburger, and it, along with a bowl rich and velvety chicken smear, let me walk away thinking there would be hope, finally for this restaurant.

If you go, I recommend eating out on a Wednesday night when wine by the glass or bottle is half way to help make the experience (if you choose to eat) a bit easier to swallow.

You can hear the reviews of Campbell about Edmonton AM every second Friday. You can also see more of her reviews on her blog, Weird Wild and Wonderful, and can follow her on Twitter at @ wanderwoman10.